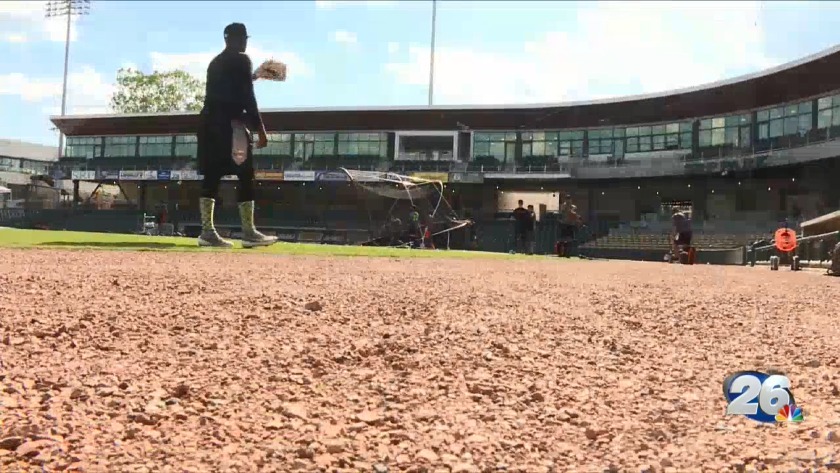 NORTH AUGUSTA, S.C. (WRDW/WAGT) -- A good pitcher can pave the way to the biggest wins, but can lose them in an instant. The GreenJackets have some pretty good options of pitchers they can field. One of those options -- Franklin Van Gurp -- hasn't been pitching his whole career.

Van Gurp says he was always a catcher until a junior college coach told him he'd be a good pitcher. He had only been pitching for one season before transferring to Florida International University to finish his college career. Now, he's certainly glad he made the switch.

"I got hurt, Tommy John, so I decided when I transferred to FIU I was going to give it a full go," said Van Gurp. "It was really stressful on my arm because I didn't get my mechanics down. It was kind of out of whack. Once I actually put my head down it started to get simpler."

Van Gurp has had a pretty busy 2019, too. Between March 29 and early May, Van Gurp has been swapped between AA Richmond Flying Squirrels and Augusta five times. And yes, he played in two games in that period for Richmond.

"Seeing what it's like to throw up there, there was better hitting," said Van Gurp. "There were more sky reports, some of the things I like. It was a really fun experience for me."

Van Gurp was born in St. Martin and later moved to the Dominican Republic.

Video: Grovetown women searches for people who helped her after car accident

Video: Grovetown women searches for people who helped her after car accident