SLED helping out with search for missing Bamberg couple 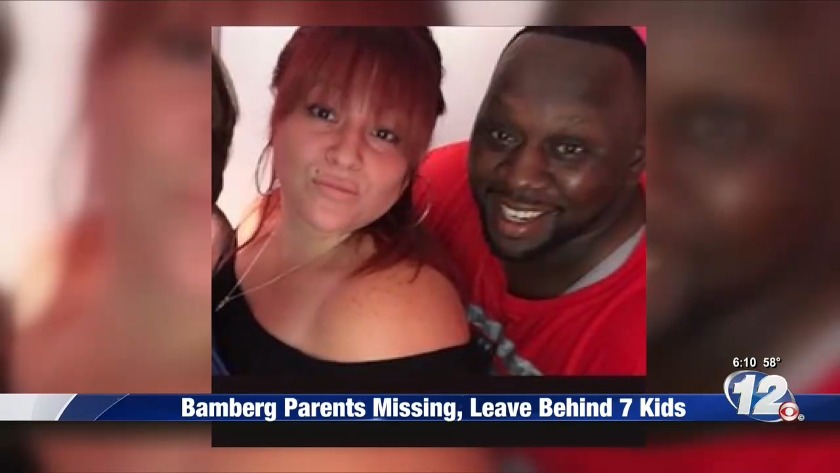 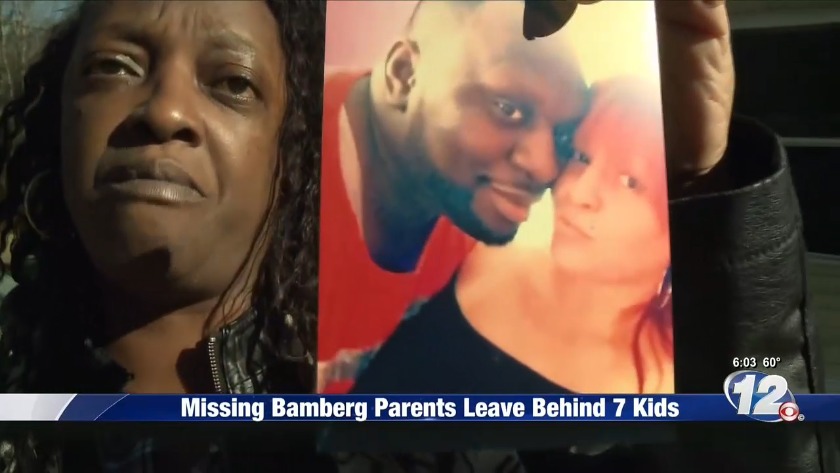 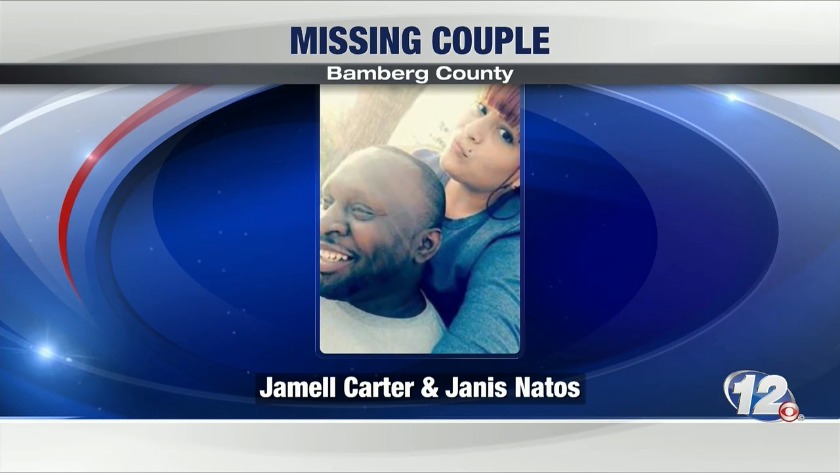 AUGUSTA, Ga. (WRDW/WAGT) -- The sheriff's office says missing person cases here in Bamberg are very rare. This incident report filed is the first one of this year.

“Breaks my heart because that's my nephew, he's like a son to me,” says Davena Carter, Jamell’s aunt.

Davena Carter is trying to hold it together. Her nephew Jamell Reggie Carter and his girlfriend Janis Qunitero Natos were reported missing December 12th.

Davena remembers the night he left. “I was actually laying in the living room when he left that night he had got a phone call, they walked out the door, I heard him ask his girlfriend where those keys at and she gave him the keys and they both walked out the door and I never saw them again.”

She says it was around 11:30 at night when they left. She has no idea where they went or why now she's hoping investigators can find them.

“He got the phone records and the last ping was on River Bridge Road which is in Ehrhardt South Carolina.”

That's a familiar place to them.

“My brother-in-law works over there,” Davena says.

“I have no idea what they were doing over there we're just hoping for the best, but it doesn't look good at this point to me."

They've been gone for a week now- and Davena says she's losing hope.

“I know that they would've been home if they were able to be here they wouldn't be gone this long,” she says.

Especially for their kids. Janis' 13year-old daughter and their 9-month-old baby were home the night they left.

After hundreds of calls to Jammel and Janis Davena says hearing that voicemail is like torture.

“Excruciating, that's what it's like. False hope, you know because there's nothing you can do,” she tells News 12.

The Bamberg County sheriff's office has handed the case over to SLED.

BAMBERG COUNTY, S.C. (WRDW/WAGT) -- The families of 35-year-old Janis Quintero Natos and 38-year-old Jamell Reggie Carter say they were supposed to come right back to the home they were last seen in on December 12th, but they haven't been heard from since.

Janis was in her pajamas when she left her house. The couple has been missing for nearly a week.

Family members say the two would never leave their children -- Jamell has five of his own while Janis has one,and the two share a 9-month-old baby.

Those who care for the couple tell News 12 it's been six days of voicemails and six days of wondering just what happened to Janis and Jamell Carter.

Jamell left without his medicine and Janis left her purse, according to the family.

"All her cards, all her medication," said Jamell's aunt.

Tawanna Carter is pleading with people who may know something.

"We need some information about my nephew Jemell and Janis whereabouts," Carter begged. "Can ya'll please? He has children. He has a 9-month-old baby."

The grandmother says the two left after getting a phone call.

With every passing day, hope for them to come safe and alive is dwindling.

Investigators say they don't have much to go on right now. They're officially passing the investigation over to SLED. Agents have already been helping with track their social media and phones.

The family says they think the couple might have been meeting up over a dog they were trying to buy. They could have also been meeting up with someone to get something off Craigslist, but at this point it's a guessing game.

The plate number for that vehicle is South Carolina PPA889. Family members tell News 12 the couple has seven kids, including a 9-month-old baby.

Natos’ purse was found inside her residence and Carter’s required medication was left at his residence. Nato was also apparently wearing her pajamas.

If you have any information on their whereabouts or have seen them please contact the Bamberg County Sheriff's Office at 803-245-3000 or contact your local law enforcement agency.