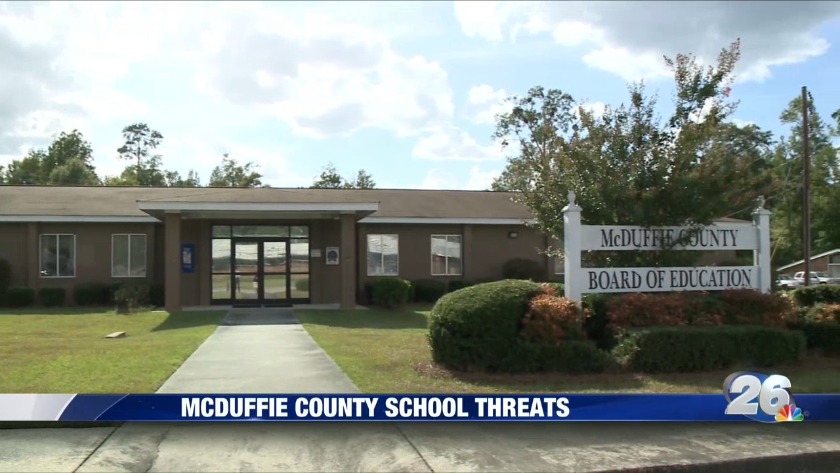 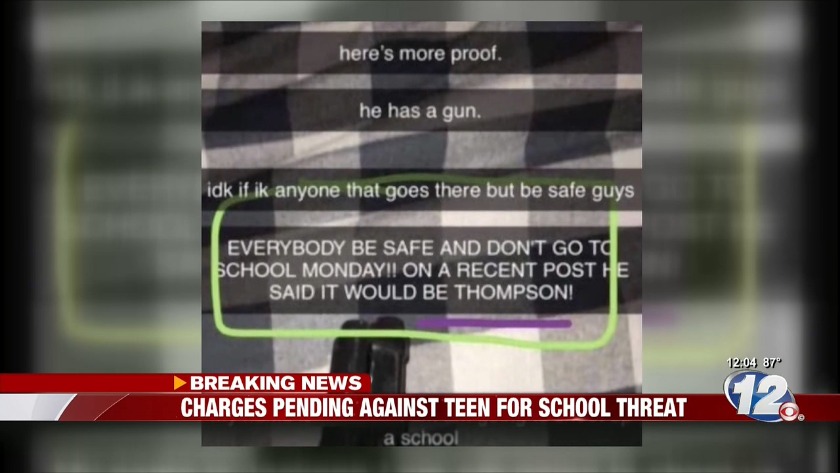 McDUFFIE COUNTY, Ga. (WRDW/WAGT) -- News 12 viewers have been reaching out to the newsroom about threats aimed at McDuffie County schools.

Three threats have circulated on social media, causing alarm for parents and students at the school. We've repeatedly been told the threats were being handled by law enforcement and the McDuffie County School System.

Thomson Police say a male juvenile confessed in this case on Wednesday morning. The individual is charged with making terroristic threats, creating a false alarm, and violation of the gang statute.

But, Thomson Police say they are now investigating a third threat. Although investigators say it may be connected to the first threat--which school officials say resurfaced from a year ago.

"Our first thought was, why weren't we notified by the school?" said Alicia Weiss, a McDuffie County parent.

Alicia Weiss has a son who attends Dearing Elementary. She spent her Sunday night trying to make a decision. Was it safe to send her first-grader to school on Monday?

"It's not something we thought we'd have to explain so early to our son," Weiss said.

She says the communication from McDuffie County school officials was not clear or specific enough. News 12 heard from many parents who wished more messages were sent out by the school district.

"The police departments Facebook page was the one that we were finding information out from," Weiss said. "It's very discouraging as parents with young children."

"There was no new information I would've been able to share at that time," said Rhodes. "And I wanted to be able to provide our local authorities with the time they needed to be able to resolve the threat and solve the case."

Rhodes is confident in the safety measures in place. There's a post-certified armed officer at each school. Due to the threats, additional police officers were placed at each campus.

The McDuffie County Sheriff's Office is currently working with the Georgia Bureau of Investigation, Thomson Police Department, and McDuffie County BOE Police to investigate the recent threats to our schools. We greatly appreciate the tips received so far and encourage everyone to notify us with any information that you have to assist in the prosecution of the person(s) responsible.

The McDuffie County School District has also come out with a statement, saying they remain vigilant and committed in their efforts to ensure the safety of the students, staff, and patrons at their schools. The district says safety will continue to be their main priority.

Rhodes says area schools are safe, and allowing excused absences was not necessary.

"I truly don't understand why they aren't when your child's safety is at-risk," Weiss said, "and you are not going to excuse the absence, that's unacceptable."

Weiss is considering homeschooling her child, which she did for part of last year, because of the threats.

"People are going to say it's an overreaction, and it is," Weiss said. "But to ensure his future as safe as I can hand it to him. That's without question the best decision."

News 12 spoke with other parents who say they appreciate the transparency from the school system. They say they understand it's a tough situation. They are thankful for the response by law enforcement.