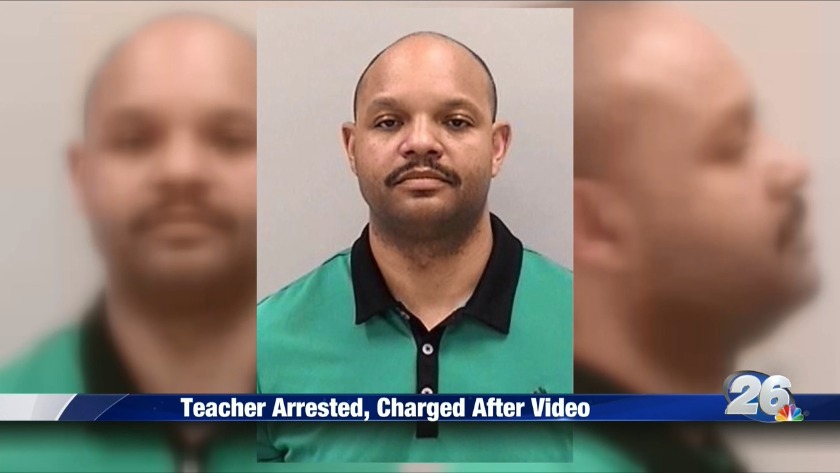 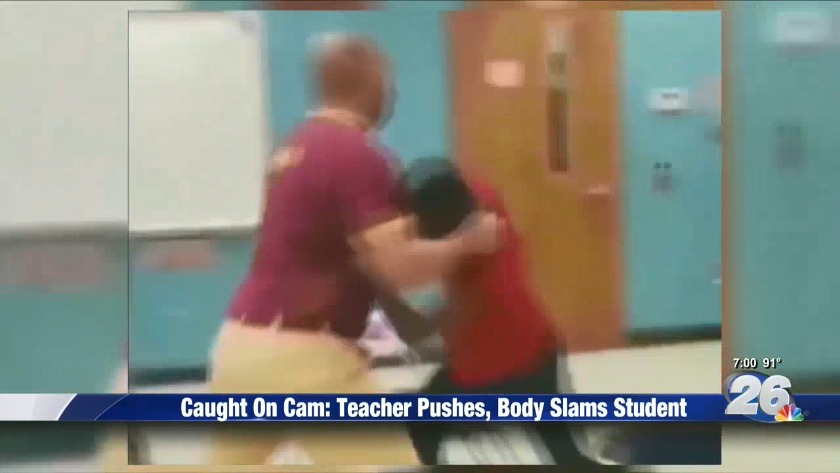 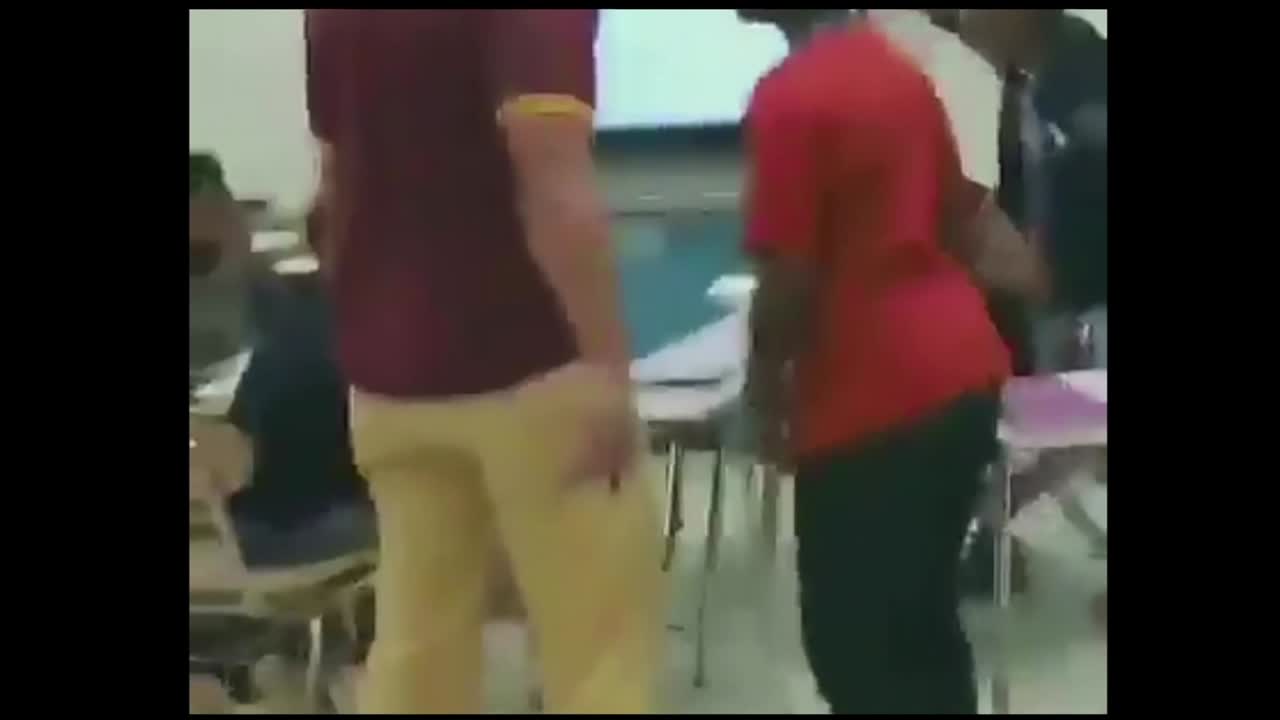 It's something you don't see everyday -- a teacher getting violent with a student.

"I was walking down the hallway about to use the bathroom and that's when I heard everybody yelling," Marcus said.

But the camera stops rolling after the teacher, Akenga Smith, pushed his 6th grade student and body slammed him to the ground.

"I ran down there and I saw the teacher pick the student up and threw him out of the classroom," Marcus said.

Marcus Wesby, a 7th grader at Glenn Hills Middle School, says he saw what happened next.

"A teacher did come, but all the students were around and he started kicking him," Marcus said.

He says it escalated with Smith kicking the student, but we're still waiting for a police report to get the full story.

Jackson has a family member that attends the school.

"You don't do that. I rather for you to call the parents to let them know what's going on with the situation and let the parent handle it," Jackson said.

This incident is even stirring up talk from the high school.

"I was shocked because the student was in the wrong for walking up to an adult, but at the same time the teacher did not have to push him down," said Madison Moody a 9th grade student at Glenn Hills High School.

Smith is now facing punishment. He was arrested for simple battery.

"This is what's going to happen to you," Jackson said. "You deserve to be locked up because you don't do that, that's wrong."

Facebook is blowing up with comments defending the teacher. Some are saying the student should face charges too. But Wesby had Smith as a teacher last year and says this time he took it too far.

"He was mean most of the time, but I think he was mean because the students always disrespect him," Marcus said.

We have requested the incident report from the school system, trying to learn what happened before the camera started rolling. We'll let you know when we get that information.

RICHMOND COUNTY, GA (WRDW/WAGT) -- A Richmond County School System teacher has been placed on paid administrative leave following what's been described as an "altercation" between himself and a student.

According to a statement from the district, Akenga Smith has been placed on leave while an investigation into the incident continues.

"The Richmond County School System strives to maintain a safe academic atmosphere where all students can learn and grow. Incidents of this nature are unacceptable and will not be tolerated in our schools," the statement said.

Meanwhile, students at Glenn Mills are reacting after seeing the video.

Ricky Holmes, a 7th grader, saw the video and says it happened in a 6th grade class.

Holmes claims Smith has a reputation.

Holmes' dad, Willie Walker, was outraged by the video.

"I'd never give a teacher permission to discipline my child physically," Walker said.

"If that was my kid, I would probably be in trouble right now."

Texas Groce, a father of a 2-year-old child, said he would never want to see a teacher put their hands on his daughter and that the entire situation should have been handled it differently.

"He could have called the principal, security, anything," Groce said.

But Groce says the student was in the wrong, too.

The district also promised "appropriate administrative action" would be taken in "due course."