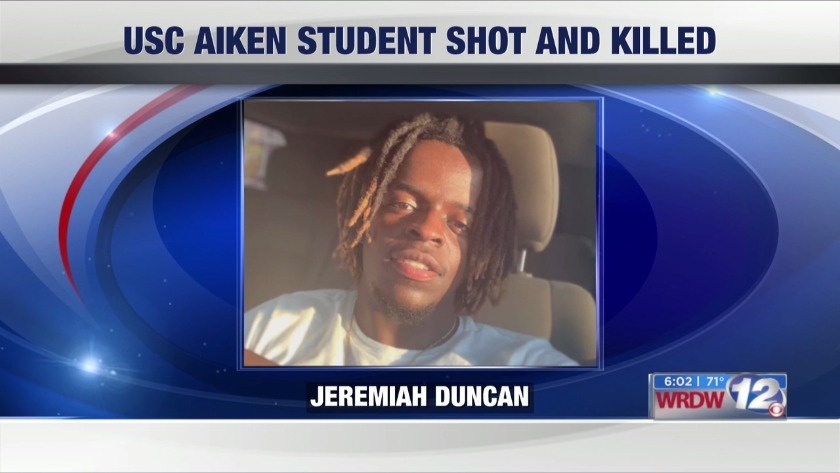 AIKEN, SC (WRDW/WAGT) -- Aiken County Sheriff's Department received a call this morning about a body in a car. When they arrived, they found the body of a USC Aiken student who was not only known for his athleticism, but for how he impacted his community.

This morning a call was made to Aiken County Sheriff's Department about a body in a car. When they got there they found USC Aiken student, Jeremiah Duncan in the vehicle.

"It was a pretty big shock for all of us." said Nathan Mcleod. He is a friend of Jeremiah Duncan, the young man found in the car.

A neighbor called Aiken County Sheriff's Department saying there was someone in a car. When they arrived, they saw a young man with a gunshot wound to his head.

No one expected it to be Jeremiah though.

"He was totally selfless." said Nathan. "He would literally go out of his way to help somebody out."

Jeremah had just started going to USC Aiken for a degree in communications. Before, he had signed on to play football at Benedict College straight out of high school. He was a promising athlete.

In his own words on a recruiting page, he described himself as "A great player and a great person on and off of the field for any school wanting a hard worker who will be the first on the field and the last one to leave."

But those dreams were put to an end after the call came in this morning.

"For me...that's my boy." Nathan said. "You don't expect any of your friends, especially our age, to pass away.

Nathan knew Jeremiah since high school and played on opposite teams many times for football games. Within the past two years their friendship blossomed. Nathan remembers many times where they would text each other just to check up on one another. He also remembers how much of a positive influence Jeremiah was to him.

"If he saw you doing good, he would make sure to encourage you to do even better than you were doing." Nathan said.

"He was really the person everybody aspires to be but few can be." Nathan said.

The shock is still there but the call that his friend was dead made him put things into perspective.

"We ain't nothing but 20 to 21." Nathan said. "We're thinking we have the rest of our lives to live and just in an instant it can be gone like that."