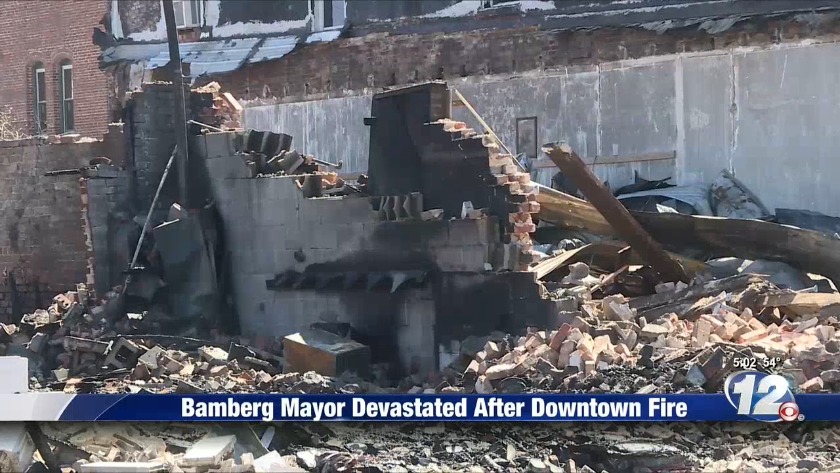 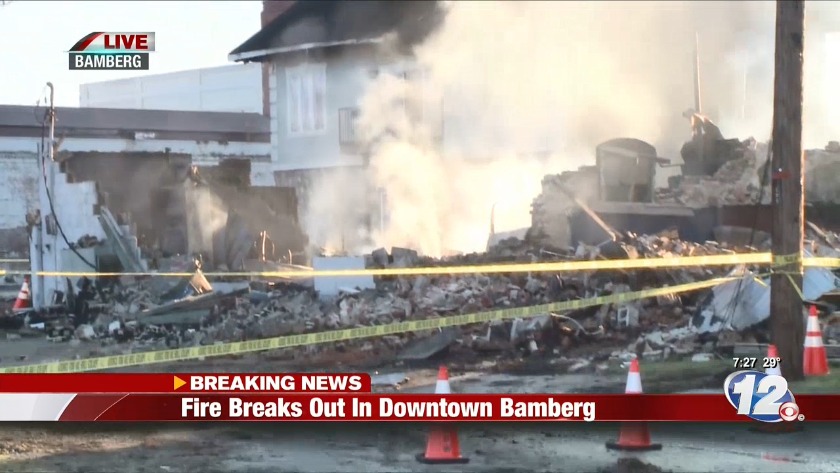 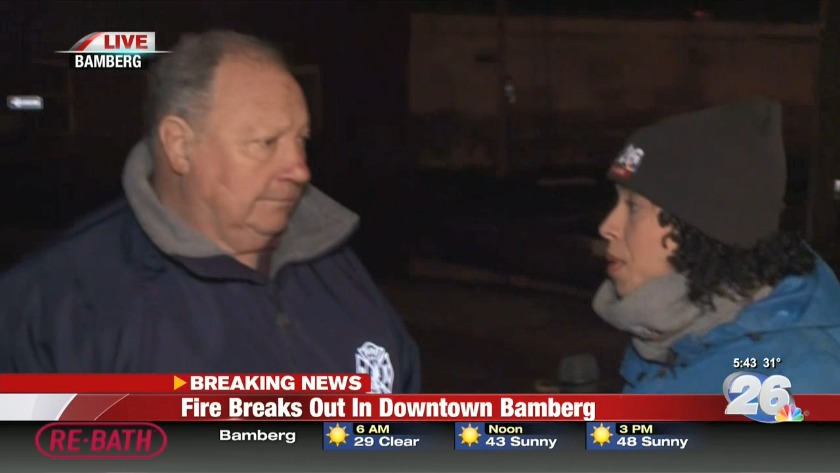 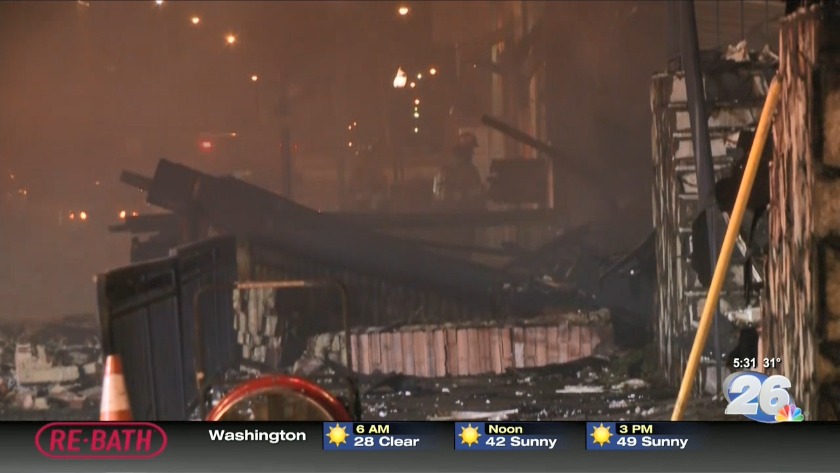 Fire Breaks Out in Bamberg

BAMBERG, S.C. (WRDW/WAGT) -- A fire that broke out on Main Street in downtown Bamberg has caused a huge setback for the community. Crews were out all day trying to clean up the mess. News 12 spoke with the mayor of Bamberg about the fire.

"The people of Bamberg are devastated. It started off with one building on fire and quickly spread to three others. You can see behind me, two of those building completely to the ground, the two others, there's too much damage to salvage. I talked to the mayor today and she was very emotional about the loss," said Mayor Nancy Foster. “The flames were just everywhere.”

Mayor Nancy Foster watched as buildings in downtown Bamberg were taken over by flames.

"It's my town. These buildings are from the 1800s and I'm passionate about them and I would like to see it all restored," said Foster.

She and others watching feared it would destroy everything. Six different departments were in Bamberg trying to put the fire out.

"Thousands and thousands of gallons of water and I mean it was like it wasn't doing any good it was like pouring gas on the fire it was that intense," said Buzzy Bunch, who took a video of the fire.

Buzzy Bunch has lived in Bamberg for 46 years.

Firefighters had to knock down one building to keep it from spreading further.

"It was like the biggest bonfire you've ever seen times a thousand," said Bunch.

Steven Leninski owns the four buildings that were affected by the fire.

“I ran up and I saw the whole thing burning. The fire was higher than that building, it was unbelievable never seen nothing like it," said Leninski.

He says the two that were completely demolished were filled with antiques.

SLED is cleaning up and collecting evidence to find out the cause. They don't know yet but Steve has his suspicions.

"Somebody had to of started this fire because I had no electricity, no nothing in there," said Leninski.

It broke out at 9:51 p.m. Tuesday in an antique shop called Traveled South before it spread to three others.

The fire chief said one building kept catching fire as they put it out, so it eventually had to come down. The antique shop also collapsed.

"We had to call in all the departments in Bamberg and two out of Orangeburg County," said Fire Chief Timmie Taylor.

Veteran's home a total loss after fire in Hephzibah

Veteran's home a total loss after fire in Hephzibah