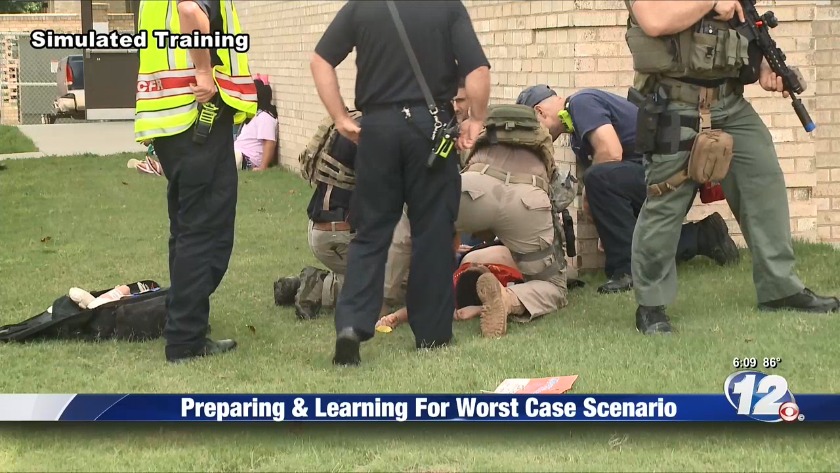 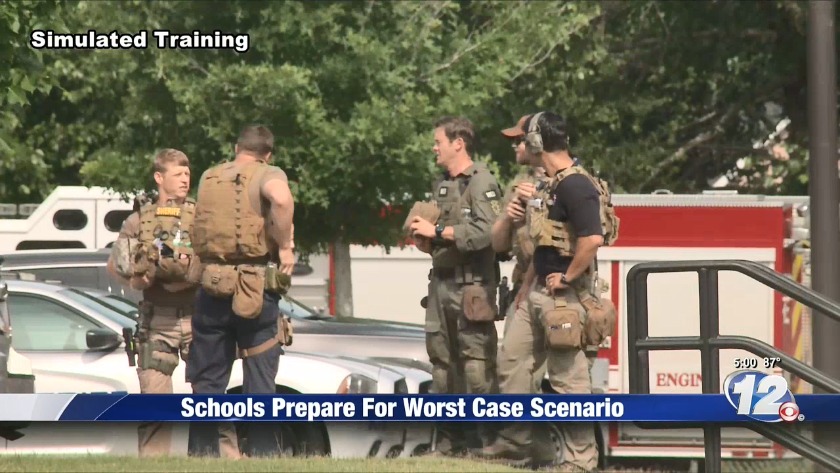 MARTINEZ, Ga. (WRDW/WAGT) -- It's one of the scariest moments imaginable and it's becoming all too common.

It's only a drill, but the Columbia County Sheriff's Office staged an active shooter simulation where deputies, firefighters, and first responders practiced how to react in the worst case scenario.

Volunteer students, parents, and teachers were also there as actors and to learn what they need to do.

"It's very scary even though, you know, it's not real," parent volunteer Jessica Davis said. "This can really happen."

When Davis was playing the role of a teacher in an active shooter simulation, it felt like her worst nightmare.

"Having to make sure that your kids are taken care of, because in the classroom, it's not just students, they're your kids," Davis said.

"We had simulated injuries with blood simulations and stuff like that," Maj. Sharif Chochol with the Columbia County Sheriff's Office said. "It was as realistic as we could make it."

Chochol says the more realistic the training, the better prepared they are for something like this.

"We're constantly adapting our tactics to try and improve on them," Chochol said. "You see fire and EMS folks quicker to respond."

That's a change from the past. First responders and fire rescue don't wait for special units anymore.

"We're bringing them along with us into the building before it's totally safe because we have so many injured in there that they feel helpless sitting outside," Chochol said.

This drill is a way for law enforcement to work together, but also a learning experience for kids, parents and teachers.

"I think that its good, especially for my kids, to know exactly what to do," Davis said. "At school it's a lock down. You hide in the corner, but you don't really know what to do. This kind of prepares you for that, in case something does happen."

The drill lasted about two hours long. It involved real kids and real parents and multiple agencies responding and working together to make sure everyone gets out safely.

Emergency response times cut in half in Columbia County

Churches in CSRA ramping up security

Emergency response times cut in half in Columbia County

Churches in CSRA ramping up security