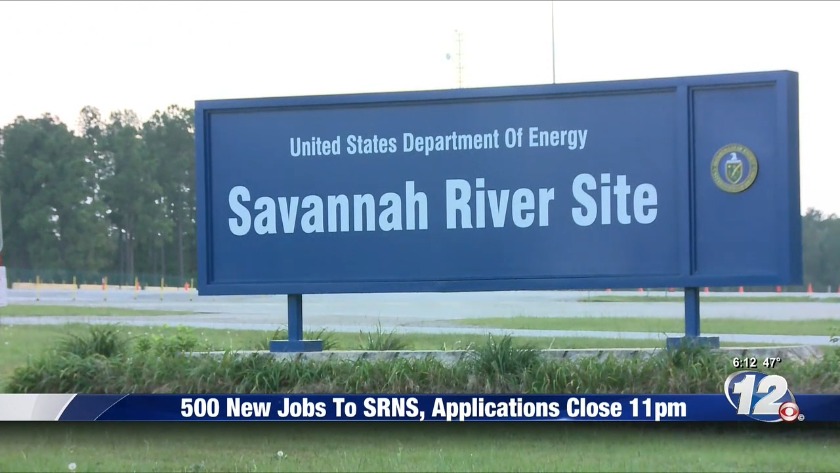 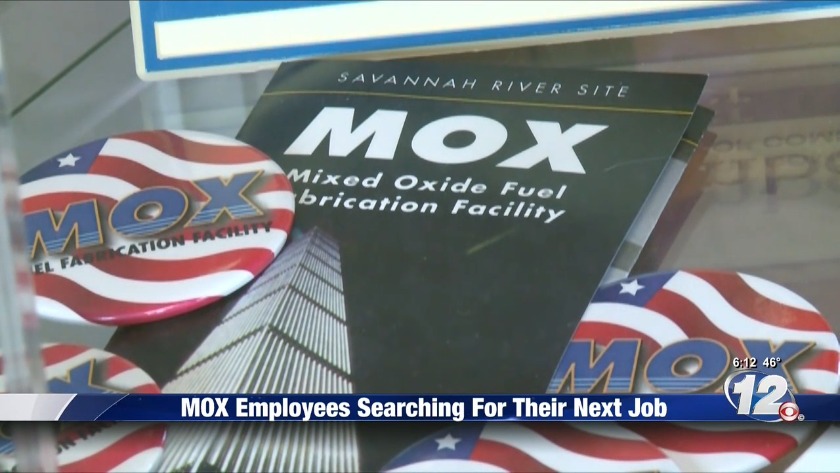 MOX Employees Searching For Their Next Job 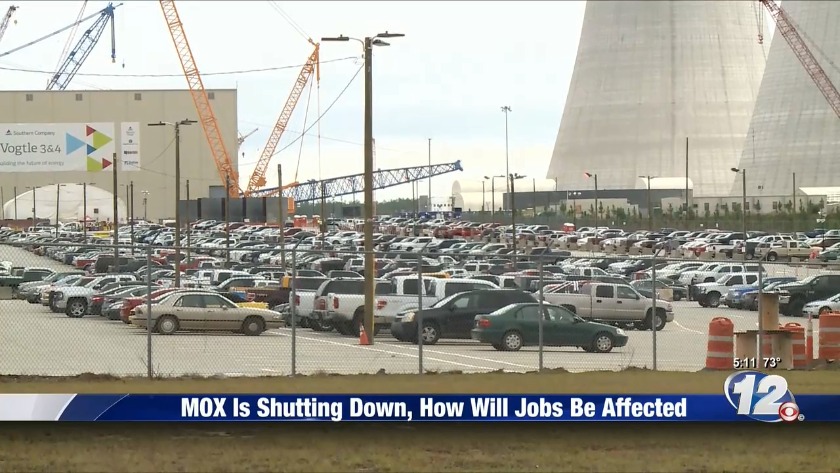 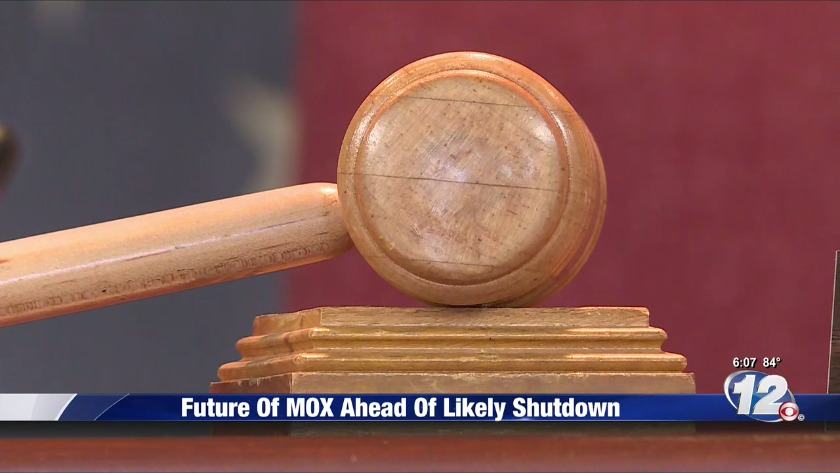 Future Of MOX Ahead Of Likely Shutdown 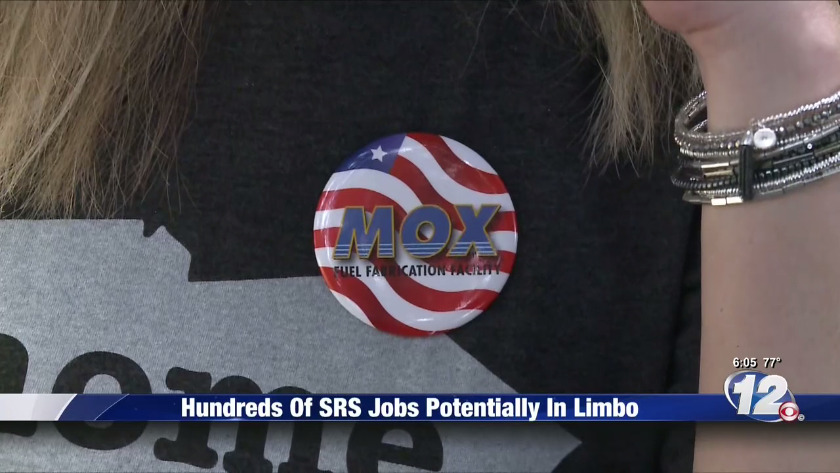 This comes just after the second wave of WARN notices for MOX employees.

The biggest news here is that new hires, many of whom could be transfers from the MOX project could have new jobs lined up by January.

Bryan Ortner is a job recruiter for SRNS. He says it's been non-stop for months.

"It's unheard of from the recruiting side of things and I'm sure for the manager hiring also," said Ortner.

He says they are keenly aware of those looking for work.

"When we first got the news about the MOX shutdown you're thinking 'ok that's sixteen hundred people losing their jobs,’" said Ortner.

In an anonymous letter to News 12, one of those employees still working at MOX says the atmosphere on the project is tense.

"People are unsure whether they'll wake up tomorrow and not have jobs," it says--which is especially tough around the holidays.

But there could be light at the end of the tunnel.

SRNS announced just days ago it is looking to hire 900 new workers in the new year.

"Five hundred of those are closing to applicants tonight so we're going to hit the ground running tomorrow to start filling some jobs," said Ortner.

Ortner says 500 of those 900 new workers will have offer letters signed sometime in January just in time for the first wave of layoffs.

"Many of those are MOX applicants from what we're seeing," said Ortner.

In a normal year, he says up to 7% of their offers go out to MOX employees.

But this is no normal year.

"We're looking at about 15% right now and that was really before these warn waves started coming," said Ortner.

He says that number will keep climbing and even expects they will fill the other 400 positions they need within the next couple of months.

"MOX has some overlap and we need help," said Ortner.

Ortner says they are looking to hire all types of positions anything from construction to engineering to IT and dozens more.

He says MOX workers have a leg up and knowledge of the site many others don't.

That means no one will be able to apply to those positions after that deadline.

As MOX workers continue to receive WARN notices for termination, recruiters say they've received many resumes from those workers who will soon need a job.

Some showed up as early as 2 p.m. even though things didn't start until 4 p.m.

News 12 got a chance to talk things over with some employees, who told us they're trying to get ahead of the curve during this tricky time.

"I was hoping I could get an interview,” said Smajic. “Beat the crowd."

He still works at MOX but says the writing is on the wall.

"You ever hear the phrase: 'you can cut the tension with a knife?'” said Smajic.

"Some people man, you can just tell the anxiety,” said Smajic. “You can see the stress and the concern and uncertainty of what their future is going to be."

But he says he's rolling with the highs and lows.

"I'm trying to be proactive and not reactive," said Smajic. "A lot of us don't want to see the MOX go, but there's really not a lot we can do."

Laris has a toddler and a baby on the way, so he's open to anything.

"I don't want to relocate if I don't have to,” said Smajic. “But at the end of the day, my number one priority is obviously my family."

"There are quite a number of jobs that will either be opening soon or are already open across all missions of the site," said Angie French, a spokesperson for SRNS.

French says people like Smajic are the ones they're trying to help.

"The skill set that MOX employees bring to the table will have a lot of overlap with a lot of the different kinds of jobs available at Savannah River Site," said French.

With twelve different companies who have missions at the site here, she says there are options. Smajic is hoping to find one of them.

"Stay at Savannah River Site,” said French. “Because I love it, I think the world of SRS and I would love to stay."

This fair will be going until 8 tonight.

Many employees like Smajic are still unsure about when the exact date will come, but they know this is the first step in having something lined up after the inevitable happens.

In a letter to South Carolina's Department of Employment and Workforce, the MOX contractor explained it was in the process of a "mass layoff" triggered by the "termination of the MOX project."

502 employees will not have jobs at MOX starting between January 7th and the 21st.

The letter also says although the plant is expected to be closed within the year--these 502 employees are the only group they plan to lay off at the moment.

That's still 1/3 of the MOX workforce.

Some of the hardest hit are craft workers--journeymen and women involved in construction. Big numbers of electrical, metal, and pipe workers, among others, have been laid off.

But many low-level engineers have already been dismissed too, with around 40 out of 75 already gone.

Jim Marra, who works with Citizens for Nuclear Technology Awareness says there's still a need for workers at MOX.

"You don't just walk away...in fact,” Marra says, “there's still a lot of work that needs to be done."

He says--over the next year, they'll need to have the right people working to safely close down the project.

"You certainly would need engineers to chronicle where you are in the project."

They'll also need craft workers to button up the building, and administrators to keep records.

"I could foresee that there wouldn't be immediate and sweeping layoffs in the future."

Our sources say at least 500 people got those notices. That's 30% of the project's workforce.

News 12 will continue to update this developing story. Check back for the latest.

AIKEN COUNTY, S.C. (WRDW/WAGT) – The MOX project is shutting down, and many people are wondering what’s going to happen to all those jobs.

The answer isn’t as cut-and-dry as you may think at this point. The most recent data from SRS shows a little more than 1,500 jobs at MOX.

"There will be a number of employees currently working on the MOX project that will be able to be used for other contractors at the site," explained former SRS employee Jim Marra.

Marra worked at SRS for 26 years. He says with CNTA in Aiken, layoffs are inevitable. But with nearly 12,000 other jobs at SRS outside of MOX, some skills could be transferrable.

"A nuclear worker, if you think about it, is not always just a nuclear engineer like we have in our minds."

There are also administrative positions, and trades workers who help with construction and more. They could even go to other plants.

"I can see a number of employees going over to the Vogtle construction."

One employee News 12 spoke to says there's already a work order for 100 jobs repairing infrastructure at SRS itself. But that still leaves around another 900 jobs in limbo.

There's also the issue of how long it will take to shut MOX down and who they'll need to do it. That process could take a while and they might even start preparing to bring in a new mission, like pit production, by that time.

People facing layoffs can only hope for a positive outcome.

Pit production for the nation’s nuclear weapons could bring back more than 800 jobs. The latest plans from the Department of Energy show plutonium pits not coming to SRS until 2035 at the earliest, if it comes at all.

(WRDW/WAGT) -- After years in limbo, constant fighting, and a pivotal lawsuit, it's time to move on.

"The MOX contractor has gone ahead and let their employees know about the likelihood of the termination of the project."

Jim Marra with CTNA, a nonprofit whose mission is educating the public on all things nuclear, says there's already a potential alternative in place.

"Right now, they're laying the framework for future pit production at the Savannah River Site," he says.

The most recent data from MOX shows more than 1500 employees on the project, more than 500 are craft workers.

Pit production could bring more than 800 of those jobs back but estimates from a DOE overview of the program show it won't be operating until 2035 at the earliest.

"It's certainly not going to be a perfect transition, say, from MOX workers going to a pit production site."

Marra says there are other missions at the site that need people right now.

Furthermore, the actual planning, construction, and commissioning of plutonium pits will require workers.

"Any construction site of the magnitude needed to build pit production sites would employ hundreds or even thousands of people."

Those workers also have things like security clearances that make them desirable. Marra knows there's still a lot of uncertainty, but he believes the community will have no trouble receiving those who stay.

"Marra says it's still too early to determine how this will impact Aiken and the rest of the CSRA in the long-term but for now, he's remaining optimistic.

The MOX contractor is expected to come up with a plan to start phasing out and shutting down elements of the project for the NNSA by November.

AIKEN COUNTY, SC (WRDW/WAGT) -- After a ruling from a federal judge that would have allowed the MOX project to continue just months ago---a twist.

"Clearly there's a lot of funding and a lot of money that will need to be spent in the future to complete the project."

An appeals court ruled in favor of the National Nuclear Security Administration allowing them to move forward with closing the site.

"I'm certainly disappointed. I think it's a viable approach and it was the approach that was agreed upon."

James Marra worked at SRS for 26 years. He's the executive director now at Citizens for Nuclear Technology Awareness in Aiken.

"The contractor is saying that the project itself is upwards of seventy percent complete."

The only problem he says, the NNSA, who own and fund Mox, say it's only 30% complete. And concerns of it being over budget and behind schedule appear to have won out.

"The timeline could be as soon as immediately."

He says it's hard to tell at this stage, but any fight by the contractor to keep it open could be an uphill battle.

"There could certainly be layoffs."

One thing he thinks the public should realize though is that there are still plenty of other projects that need specialized workers.

"There will be a number of employees currently working on the MOX project that will be able to be used for other contractors at the site."

He says he could easily see a number of employees being retained or even going across state lines to work somewhere like Plant Votgle.

Pit production, which you've heard many politicians in South Carolina talk about, as well as the "dilute and dispose" method, could be viable alternatives for getting rid of that nuclear waste. Marra just hopes that they continue to bring new missions to the site and that they avoid as many layoffs as possible.