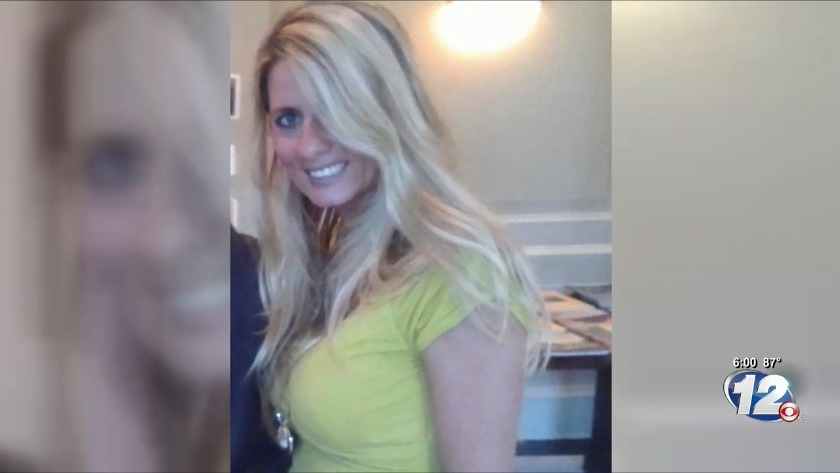 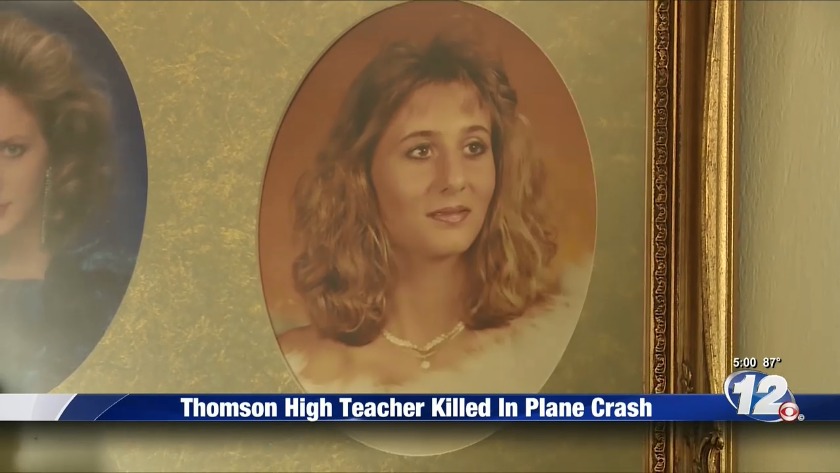 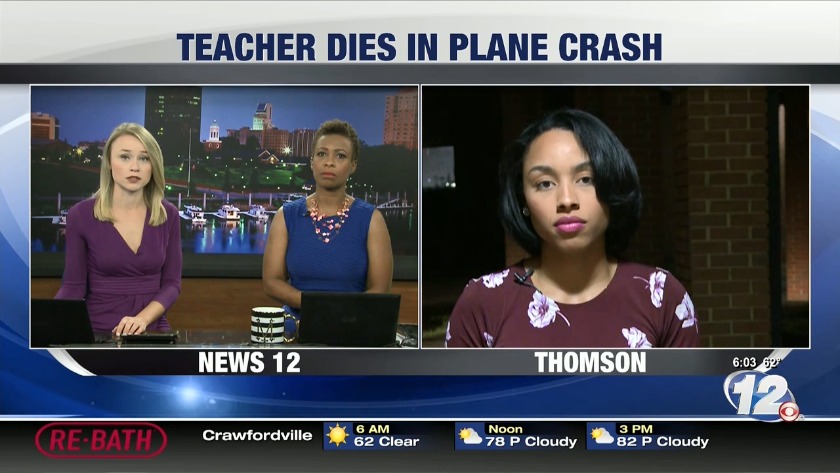 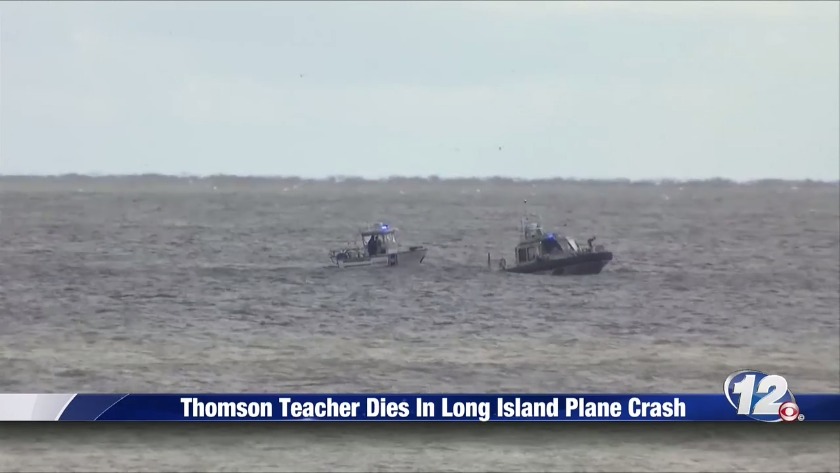 (WRDW/WAGT) -- According to a report from the National Transportation Safety Board, the plane carrying a Thomson teacher, her boyfriend and a pilot broke apart mid-flight before crashing in the water.

Jennifer Landrum and her boyfriend Richard Terbrusch, as well as pilot Munidat "Raj" Persaud were all killed in the crash.

A witness who saw the plane crash says it "nosedived" out of the clouds and into the ocean. Part of the right wing was found floating above the plane.

GIBSON, Ga. (WRDW/WAGT) -- Final arrangements have been made for Dr. Jennifer Landrum.

Dr. Landrum died after the private plane she was flying in crashed off the coast of Long Island on Saturday, Oct.13. She was a Special Need Educators with the McDuffie County Board of Education and is survived by her children, parents, and sisters.

Services will be held at  Beggs Funeral Home Chapel  on Saturday, Oct. 20 at 11 a.m.

NEW YORK (WRDW/WAGT) -- The Associated Press is reporting that 53-year-old Richard Terbrusch was also onboard the plane with Thomson teacher Jennifer Landrum.

Terbrusch was from Connecticut, and Jennifer's family tells News 12 the two were involved.

THOMSON, Ga. (WRDW/WAGT) -- Dr. Jennifer Landrum went to New York on school break. Traveling with her boyfriend, she was on her way back home to Georgia planning for a Sunday dinner with her children.

In her childhood home, memories litter Jennifer's room and comfort food, hand-delivered, bring no comfort at all.

"She was beautiful. She was just a wonderful person and a wonderful mother. She has two children. ," says Carol Landrum, Jennifer's mother.

She only had two kids of her own, but she reached hundreds more over decades of teaching.

Carol saw cars at the end of her driveway on Saturday, she thought a driver must've gotten into an accident. But minutes later it was clear, it was police and ministers--headed to her to say her baby girl died in waters 900 miles away.

"It's hard to. It's hard to comprehend. I couldn't, I couldn't. You just don't expect to go-to pass on before your children," Carol says in disbelief.

The family says Jennifer had just found true love, he was the second passenger.

Now, at her home, a book signed by people who paid respects today and a wreath on the mailbox in her honor.

"I can hardly believe it. It's not easy to except," she said.

Jennifer's family says she touched so many lives and they are planning to have a public ceremony and funeral.

THOMSON, Ga. (WRDW/WAGT) -- The principal says they are still in shock over the death of Jennifer Landrum.

He says he spoke to Dr. Landrum's family Sunday night and confirmed she had passed away, he immediately called his students and staff.

Jennifer Landrum was one of three people on board a twin-engine plane that crashed off the Long Island coast over the weekend.

For the staff and students at Thomson High, walking through the doors isn’t the same.

"We all saw her Wednesday, Wednesday was the last day we had school and everyone saw her on Wednesday and for us to come back on Monday and know we won't see her again, a huge shock," says Trevor Roberson, Principal at Thomson High School.

Saturday night, Principal Roberson got a phone call that Dr. Jennifer Landrum was in a plane crash off the coast of New York. Crews found her body on Sunday.

Dr. Landrum was a Special Education teacher at Thomson High School and before that, and English teacher in Warren County. Beyond that, Principal Roberson says everyone thought the world of her.

“She always had a smile on her face, she never had anything and to say about anyone, she was always upbeat, she was just a good person.”

To help those who are mourning, extra staff has been brought in and there are plans to hang white wreaths on doors to remember her.

"It's going to go on the front door of the school white, she wore a lot of white... that's what we're going with something that when they walk in the door makes people think of her," says Principal Roberson.

In addition to adding extra staff, counselors, pastors, school social workers, and the school psychologist are all on standby.

12:27 p.m.
THOMSON, GA. (WRDW/WAGT) -- The day after hearing news of one of their own dying in a plane crash, Thomson High School is preparing to mourn her loss.

THOMSON, GA. (WRDW/WAGT)-- 900 miles away, a small plane crashed into the waters off the Long Island coast. That plane carried three people, one of those, Jennifer Landrum, a teacher at Thomson High School.

"She works with the special education kids and she's really nice to the kids," Ava Mueller, a 10th grader at Thomson High School said.

The private plane came crashing down about a mile off the shore in the Hamptons. Search crews first found the pilot then later today, they found Landrum and another passenger.

"It's going to be tough for all the teachers and students who were associated with her," Terry Mueller, Ava's father, said. "They're going to have a tough time dealing with this."

Ava says she didn't have Dr. Landrum as a teacher but knows her students are going to be devastated.

"I hope that her class and the kids get stronger and learn to get a tighter bond through this and learn to appreciate each other," Ava Mueller said.

It's not clear what brought the plane down, but officials are investigating. It took off in Connecticut then landed in a nearby airport, only to take off again. This time, it was headed to Charleston, but instead, crashed into the Long Island waters.

"Any event like this is a tragedy and the word will go around," Ben Tarver said. "People will be there to comfort one another. When things like this happen, you need that family, that community, to have your back, to help you through."

Ben Tarver is a youth and family pastor at First Baptist Church. He knows many of the kids at Thomson High School.

"The kids... she had a direct impact on their lives," Tarver said. "I know just the way the community comes together, they'll go through this together. Nobody will feel alone."

Though 900 miles away, hearts break for those in Thomson High.

"In times of tragedy, I've seen first hand the support of teachers and students coming together."

This afternoon the McDuffie County Superintendent confirmed Landrum was on board. Additional school sources say this evening, teachers got an email explaining they lost a co-worker.

Search crews first found the pilot on Saturday. He has been identified as 41-year-old Munidat “Raj” Persaud of Waterbury, Connecticut. The remaining two, including Thomson teacher Dr. Landrum, were the passengers.

Both the FAA and NTSB are investigating the crash.

This is a developing story. More on News 12 tonight at 11.

WESTHAMPTON BEACH, N.Y. (WRDW/WAGT)-- A small private plane crashed into the waters off the Long Island coast Saturday morning. Today, the Superintendent confirms one of the three people on board was a Thomson High School teacher.

Jennifer Landrum is a teacher for the McDuffie County School system in Thomson, GA. Though officials have not released the names of those on board the Piper PA-34, the McDuffie County Superintendent says Landrum was on the flight. Dr. Mychele Rhodes says she's been a teacher at Thomson High for two years, teaching multiple subjects including special education. Rhodes adds, she does not know where the teacher was headed.

Officials say people at the beach heard the plane sputter before it landed in the water. The National Transportation Safety Board said it will begin its investigation.

One victim was found, but their identity has not been determined. Crews are still searching for the remaining two people.