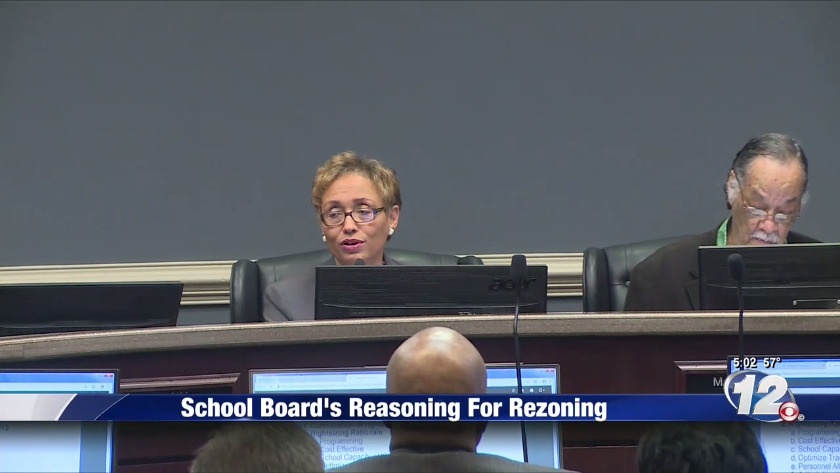 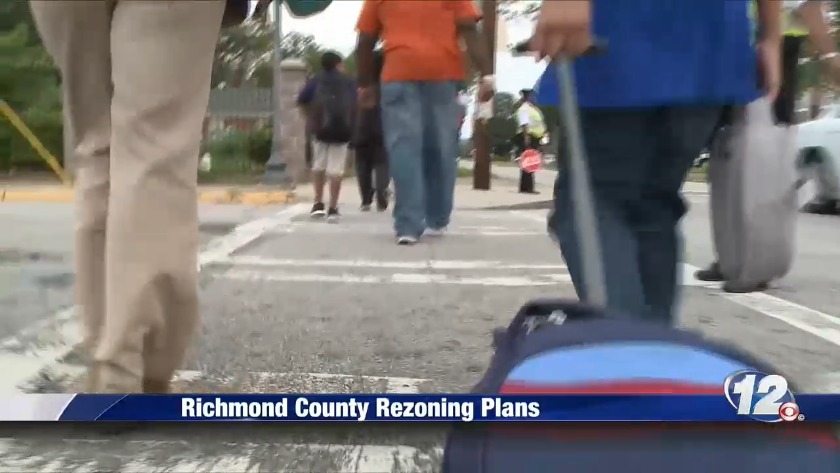 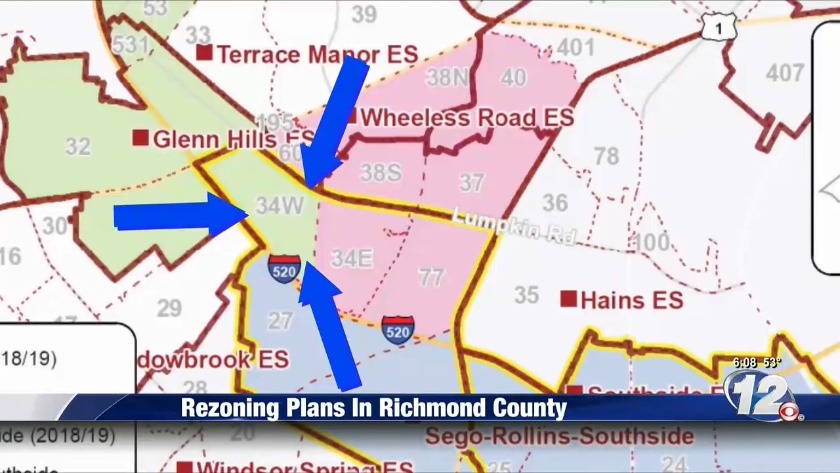 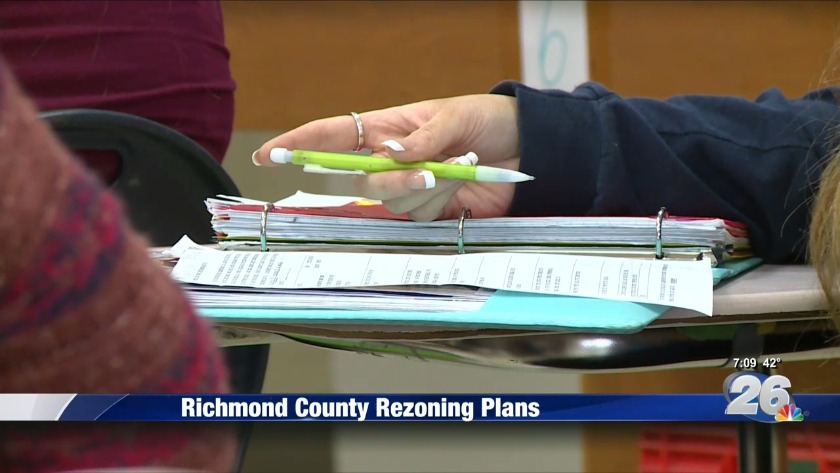 “We wanted to move and she said mom I'm here in the 11th grade and I don't want to leave until I graduate now.”

And the idea of moving students there from other schools worries Maxine.

“Right now I know that when she leaves my house she's coming back and I don't know if you start mixing children like that what would happen."

While Maxine is concerned the Richmond County School Board says they look at rezoning each year for a few reasons the first it's more cost effective.

Second, the Board says, it helps them to better serve their students by offering them more academic options they also say it allows them to better use their space by adding students to schools that are under capacity and closing others and it helps them make sure transportation is the most effective it can be.

But while there may be benefits Maxine says she would like to see more schools being built instead of all the movement.

“They need to build more and I see that they have built a few schools but not in this area everything now is in Columbia County and not in Richmond County.”

Before these plans are final the Board of Education will hold public hearings in January and February and then they will vote.

RICHMOND COUNTY, Ga. (WRDW/WAGT) -- A big change could be coming for Richmond County students next year.

The Richmond County Board of Education proposed a rezoning plan, which calls for closing four schools. There aren't any high schools up for closure under the latest plan, but those high schoolers will still feel the impact with rezoning.

On a Wednesday afternoon, cars and buses pass by Josey High School as students leave campus for the day. But some of those students might not be going to Josey next year, depending on where they live.

"Our goal is to use this as an opportunity to send our students a message that we want to create leaders," said Dr. Angela Pringle, the superintendent of RCSS. She spoke those words on Tuesday night at a Board of Education meeting where the Board discussed the planned rezoning.

The school board is considering closing some schools, opening others, and shifting students to different campuses as apart of that plan.

"The readjustment is the worst,” said Elisabeth Jones, a Richmond County grandparent.

Jones has two grandchildren in Richmond County schools. Her granddaughter goes to Morgan Road Middle and her grandson is at Butler High School. The new plan would impact them in two ways.

First, the plan calls for closing Morgan Road Middle School, and repurposing the campus into an "Innovation Academy", designed for grades 5th-12th. The Academy would be composed of students assigned there and also with students who apply to go there.

The school would involve after-school programs, weekend/summer retreats, and a longer school year. But that means the former Morgan Road MS students will have to be moved to different schools.

"My granddaughter will probably go to Sego," said Jones. "She's at Morgan Road and she likes Morgan Road. But we don't know what the future holds. So she'll have to get adjusted all over again,"

And for her grandson at Butler, some of those students could be going to Glenn Hills or even Hephzibah. Some students from Cross Creek and Josey will also shift based on their zone. Here's how that would shake out, according to the school board's plan:

As you'll notice, part of the plan has students from Butler going to other schools, but also moves students from Josey back to Butler. A similar story with Cross Creek and Hephzibah.

Elisabeth is just trying to make sense of it all.

“My grandson is at Butler, we just don't know what to think anymore,” said Jones.

If you want to voice your opinion about specifically NPU changes that would move students around, there are two meetings for that out of the many public hearings the school system is hosting. One on February 26th and another on February 29th.

“My grandmother founded the school and she was on the committee to name it and she did everything to get that school started,” she says.

She and her mom went there, now her daughter goes there.

"She is only 5 and she is as smart as a whip, and she is learning so much she can already write, she can spell."

But if the Board closes it her daughter will go to the new Sego-Rollins Southside K-8 school which worries her.

"With her being mixed in with the older grades being crowded, not getting as much attention as they may need."

The Board also has plans to close Rollins Elementary students living here between Lumpkin and 520 would go to Glenn Hills Elementary the rest of the students will be split between Wheeless Elementary and Sego-Rollins K-8.

If Windsor Spring Elementary is closed students (listed in the red on the map) will go to Jamestown Elementary and students living in the yellow near 520 and Windsor Spring Road would go to Meadowbrook Elementary. Across the board, these changes are concerning for parents.

A few middle and highs schools will be affected.

The Richmond County BOE has just agreed to hold public hearings for rightsizing/rezoning plans for the 2019/2020 school year. Plans include:

"There's some very exciting things going on inside those buildings that the students will benefit from," says Jimmy Atkins, School Board Vice President.

Morgan Road would also be changed into an innovation academy for alternative students and students who choose to go there.

"One thing I've said about Lamar is we've needed to spruce it up, the students are there they've made a mistake they've been assigned there but it doesn't have to feel like they’re being incarcerated we can make it a pleasant learning environment."
But before these plans are set and stone parents will get a chance to voice their opinions.

Parents who are not interested still have time to apply through the choice program.

Here is a list of the public hearings coming up for parents to attend: