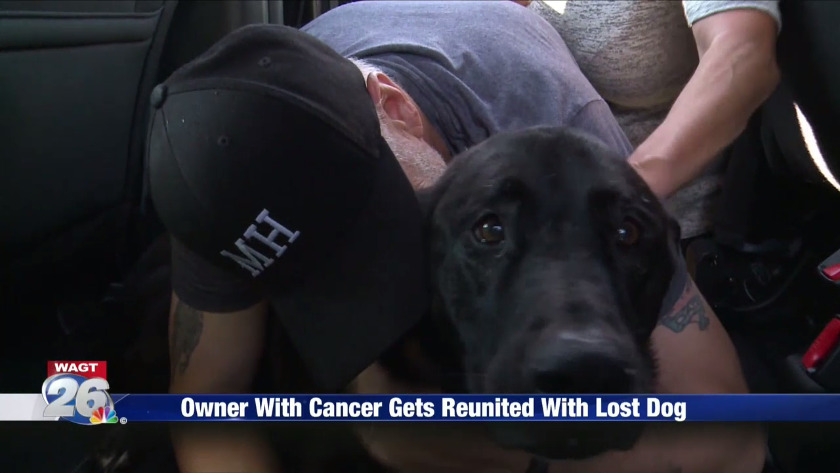 Owner With Cancer Gets Reunited With Lost Dog 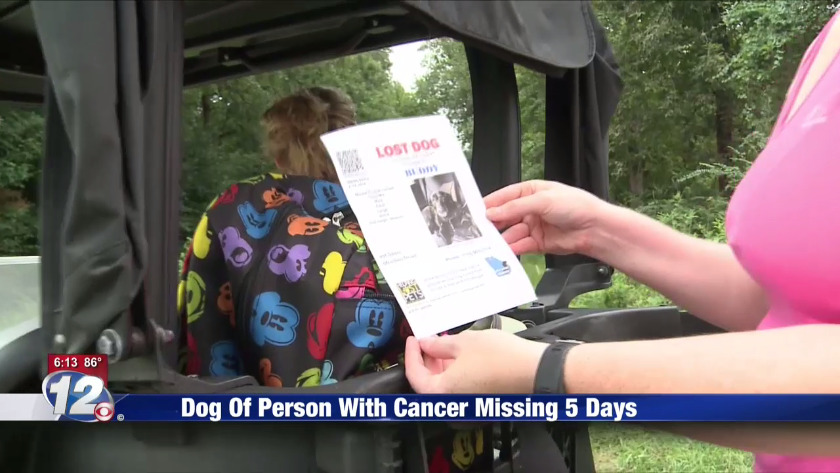 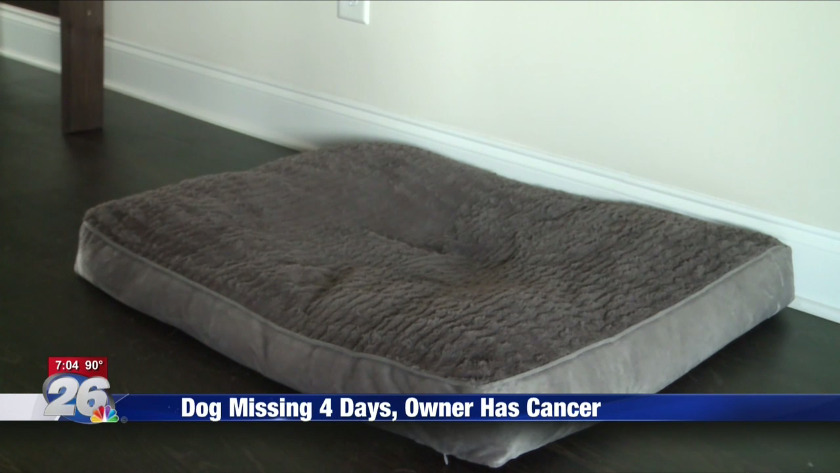 COLUMBIA COUNTY, Ga. (WRDW/WAGT) -- Buddy went missing five days ago after he darted out of the groomers and ran across the street towards a nearby golf course.

On top of his first day of Chemo treatments, owner Mark received the news that Buddy went missing.

Cameras were flashing as Buddy made his appearance. After five days, Buddy's home and Mark's heart is whole.

But it wasn't so easy at first, Buddy was more than a little tired--he was completely worn out.

“Easy, watch his feet,” someone says as Buddy was pulled out of the car.

Once out, he was back in the place he's needed most.

“Some people think it’s just a dog. To some people it might be, but not for us,” Mark said.

Because for Mark Buddy means healing.

“More calm and relaxing now because the five days it was very stressful. You barely sleep. You get a telephone call, good or bad, you just don't know.”

What he does know is that's he's running out of time.

What you're looking at amounts to seconds and minutes, but it's a matter of a lifetime for Mark as his life is now measured in stages.

And he won't be any longer.

Buddy went straight to an animal clinic after they found him. He's a little skinnier and had some bruises and ticks but he's going to be just fine. The groomer says they plan to pay for his vet bills.

GROVETOWN, Ga. (WRDW/WAGT) -- This is just one of the many fliers posted throughout Columbia County. Buddy was last seen; near hole eighteen at a nearby golfing course. The family is desperate and said today has to be the day they bring Buddy home.

A woman walks through an area thick with trees. She whistles and calls out, “come here boy”, but Buddy is nowhere in sight.

“Come here, boy! Goody-goodies!,” she calls out from a vehicle.

But still no luck.

Sitting at a kitchen table Mark describes the how Buddy brightens his day.

The empty bed where Buddy used to sleep...it's creating an empty place in Mark's heart.

“You're bringing up the feeling..you have this hole... and every time you go there..the dog ain't there, it's just a low spot again. You just feel the low spot all of the time.”

Not just a low spot..a painful one.

Battling pancreatic cancer..he still made it out to search at the last place Buddy was seen.

The black Dane ran from this grooming place and made his way across the street to Bartram Trail Golf course.

He didn't show up during today's search...but people from the community did.

For the last ten years, Buddy has been by his side. Now he needs Buddy more than ever at this stage..stage 4.

The groomer said he is sorry for the family, he didn't mean for this to happen. He said as they were trying to blow dry Buddy he must have felt scared because that is when he ran off.