Breaking down the impact of Paine's accreditation status 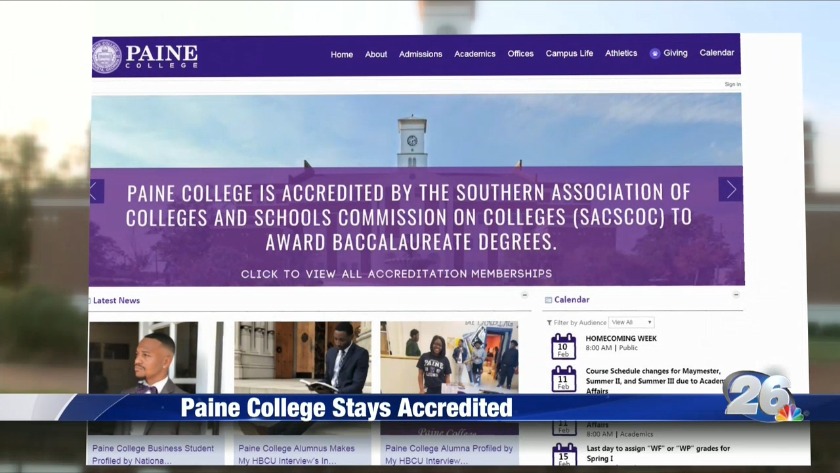 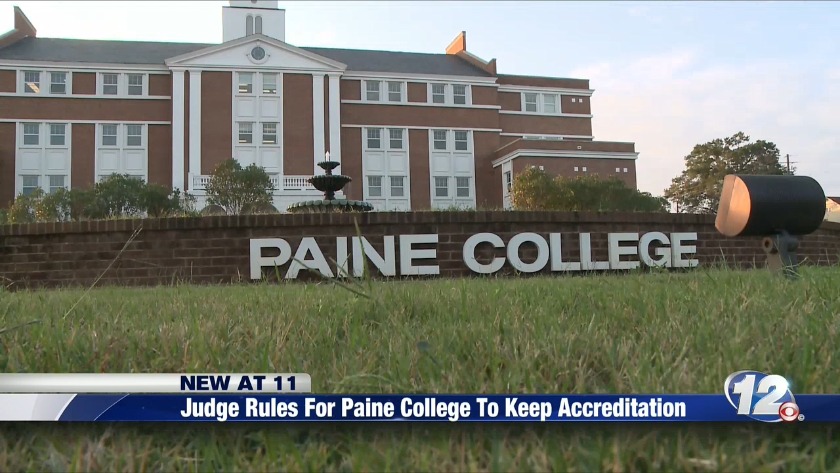 AUGUSTA, Ga. (WRDW/WAGT) -- It's homecoming weekend at Paine College, and the theme is "Defend the Den". This year, that feels especially fitting.

"Paine College is very important to me." said Keith Brown, owner of First Impressions. Brown's business is right behind the Heal Complex. He's always 'defended the den' so to see the school struggle with accreditation over the years hits home.

"Certainly, it's been disheartening. It's been challenging times." said Brown.

For many, 'disheartening' and 'challenging' is just scratching the surface. The school lost its recognition from Southern Association of Colleges and Schools or SACS back in October.

"Students threatened to transfer," said Dr. Jerry Hardee, President of Paine College. "Some of our supporters chose not to support us because they thought we weren't accredited."

The school never lost accreditation fully -- quickly gaining it from a different accreditor, Trans National Association of Christian Colleges, or TRACS. They were granted candidacy back in October by TRACS, which gives them the full rights of an accredited school. But on Friday, that changed -- in a good way.

"The judge in the case of Paine College against the Southern Association of College and Schools indicated that Paine should not have been disaccredited back in October." said Dr. Hardee.

That means Paine is accredited by two groups -- and it's front and center on the school's website. The judge's decision restored it's probationary status under SACS, and they'll stay accredited even if they appeal. It also means athletic programs will stay NCAA sanctioned.

"All we've ever hoped for is a place where people can have an opportunity to be educated. Paine has always been that and it's going to continue to be that." said Dr. Hardee.

For Keith -- it's more than just t-shirt and hat sales. It's knowing Paine is a bit more stable.

"That's something that we should all rally around,"said Brown. "The college and the campus and continue to support it and help the college to grow."

And that's what school leaders want to see the accreditation do -- spark growth. In the next few years, they're talking 10 new majors, upgraded facilities, and doubling enrollment.