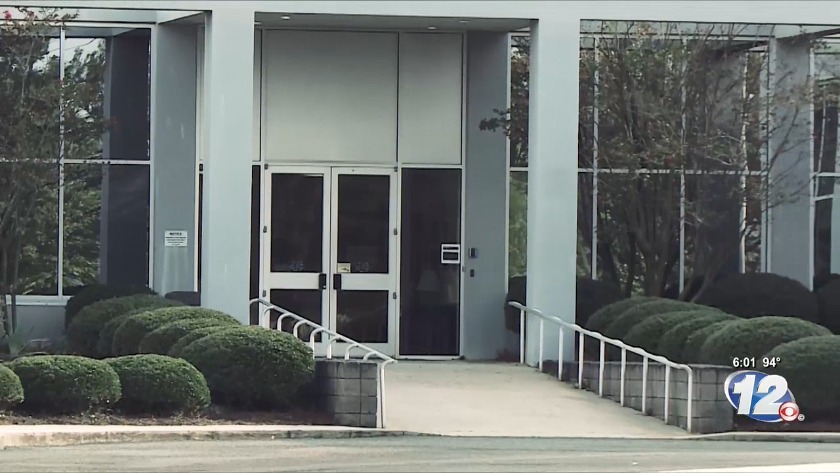 Superintendent Dr. Sean Alford's resignation was followed by two board members also stepping down in protest. Another promised to resign this Friday.

The superintendent's resignation comes after an employee handed over a recording of Alford making a violent threat.

Andrew Cox did not want to talk to us, but he says he has no choice but to tell his story because he feels he's the only one who will talk.

Cox, who is a former IT professional, usually sits behind a screen – not in front of it.

“I have never been one to relish the spotlight,” Cox said.

"I think I am the only person left, as little as I want to do this, [who] can say anything at this point,” Cox said.

Cox was the director of technology up at Aiken County Public School District until about six weeks ago. He waited to leave before filing a complaint about a very strange encounter with Alford this summer.

“It was between 3 and 4 o'clock on June 17; you know, warm summer day, I am in my office doing something terribly geeky, I’m sure, and he gave me a call and said, ‘Come out. Come outside in the parking lot,’” Cox said. “That was a little odd.”

So odd, in fact, he grabbed a tape recorder on his way to the parking lot.

"He asked me about some documents that I had been asked to convey to a board member on behalf of an employee,” Cox said.

The documents were complaints.

“Bullying if I had to sum it up in one word,” Cox said.

Those complaints were about a problem employee at the district office. They were not being addressed by the administration, Cox claimed.

Alford: "How did he get a copy of the printout? Nobody knows. How does he have a copy? How do I get a copy?"

Cox: "Vickie asked me to give him a copy of a printout and so I did."

Alford's next words send a shock wave over him.

Alford: "I am going to stab you in the throat."

"It was a very deliberate way of saying it, and I am closer to him than I am to you now, so I stepped back and kind of let out a gasp,” Cox said.

“It was the in the parking lot thing -- not in a crowded room of people, okay? Off-colored joke and then it was repeated three times.”

Cox was so startled he panicked and pushed his already recording tape recorder a second time to turn it off. He says Alford made two other threats he didn't record.

"I was called out to a parking lot, was told I was going to be stabbed, strangled, and stabbed again,” Cox said.

Alford resigned Thursday. The board went silent about his departure, fueling outrage.

Since coming to the district four years ago, Alford has support, but also criticism.

Angry parents protested his discipline policy. Others became furious over redistricting. Most recently, there were allegations the district was fudging attendance records to improve graduation numbers. A student complained about it to the board this spring.

Alford’s recorded threat, however, is a direct violation of the district's own policy which states employees cannot make threats or harass others.

District employees can be terminated for threats.

Before the school board took any action against Alford, he resigned. For most out of the blue, but back to Cox, who now wonders how word got out.

"My question is who was it?” Cox said. “It wasn’t me and I can put money it wasn’t Dr. Alford. Who summoned the crowd of folks, fed them lies to get them upset, and started this entire frenzy? That the person or persons who is responsible for damaging the reputation of a very brilliant person and the reputation of the district and dragging me into the spotlight where I've never been comfortable?"

Those questions that could make the shrinking school board uncomfortable, and a community wondering what's next.

Alford was not at the board meeting last week. We do not expect him to be at the one here Tuesday either. We did reach to him to ask if he would like to talk with us. He did not reply.

We did ask the South Carolina Department of Education whether they have opened any investigations into the district. They told us they cannot confirm or deny or comment on any investigation related to disciplinary action.

I-TEAM: Is a flashlight a deadly weapon? Sheriff's office's own manual says it could be considered one.

I-TEAM: The results are in: Is eating meat bad for your health or not?

I-TEAM: Many people are forgetting an important step in buying a used car

I-TEAM: Too many inmates at Webster Detention Center?

I-TEAM: Is a flashlight a deadly weapon? Sheriff's office's own manual says it could be considered one.

I-TEAM: The results are in: Is eating meat bad for your health or not?

I-TEAM: Many people are forgetting an important step in buying a used car

I-TEAM: Too many inmates at Webster Detention Center?