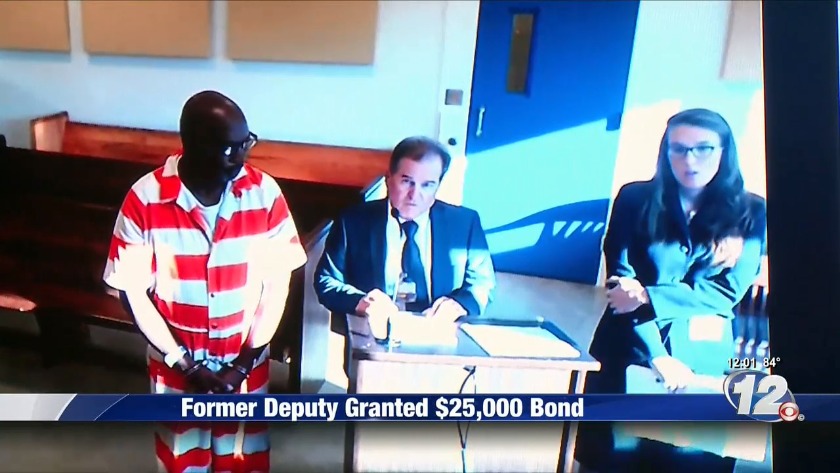 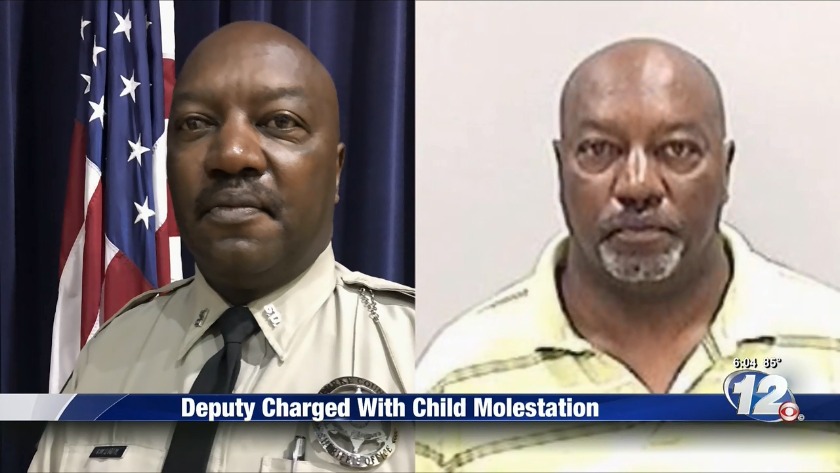 Gene Boseman was indicted Tuesday on child molestation charges. Boseman was off-duty when the alleged assault of a child under age 13 happened.

In a letter to the Burke County sheriff dated September 9th, his resignation reads “due to false allegations made against me, I am resigning from my position...to handle this matter."

Check back for the latest updates in this case.

Gene Boseman has been granted a $25,000 bond in magistrate court this morning.

A judge says he is to have no contact with the victim or her family. Boseman cannot have any firearms.

BREAKING: Bond has been set for Gene Boseman the ex-Burke County Deputy charged with molesting a 12-year-old at $25,000 @WRDW_WAGT

We will have more on this story on News 12.

AUGUSTA, Ga. (WRDW/WAGT) – Former Burke County deputy Gene Boseman resigned after the allegations of child abuse came out against him.

In a letter to the Burke County sheriff dated September 9th, his resignation reads “due to false allegations made against me, I am resigning from my position...to handle this matter."

Boseman was off-duty when the alleged assault of a child under age 13 happened. Police say he knew his victim. News 12 took a look at his personnel file to learn more about the former deputy, and it revealed a pattern of probation and termination.

Since 1981, Boseman has worked in law enforcement, from peace officer in Sardis to corporal in Waynesboro.

A mother told deputies in Forsyth County that her daughter went on a Fourth of July trip to Augusta. From then until September, the mom says her little girl was showing signs of anxiety, throwing up and was unusually closed off.

On September 7th she told her mom that during her trip in Augusta, the now former sergeant molested her. Because the alleged incident happened at his home, Richmond County deputies took over. That’s when Burke County was notified.

Boseman became corporal at Waynesboro Police Department and resigned in 2013. He was sanctioned by the state for an unknown incident and put on probation.

Also in 2013, he was hired at Burke County Sheriff's Office. He was still on probation with the state at the time.

Now fast forward to present day. He now has no badge, no rank, no title and a felony charge against him.

Boseman’s personnel file also reveals that he resigned from the Augusta Police Department, but we don't know the circumstances of that yet. We've reached out to the state licensing board, Post, about that.

Boseman will sit in jail until at least Wednesday. As for his alleged victim, we do not typically name victims of sex crimes, which is why we aren't saying how the victim and Boseman knew each other.

AUGUSTA, Ga. (WRDW/WAGT) -- According to an incident report from the Richmond County Sheriff's Office, former Burke County deputy Gene Boseman knows the victim, who is under age 12.

The report claims the girl was acting anxious and getting sick often. After months, she told her mother that Gene Boseman had touched her at his house over Fourth of July weekend.

The incident report says the last thing the victim remembers is Boseman undressing her.

According to the report, Gene told his wife that her "his hand fell on her privates so he told [the girl] to move, however, she didn't."

The alleged incident happened at his home on Bitternut Street, in Augusta.

According to the Burke County Sheriff's Office, Gene Boseman turned himself in to Richmond County deputies in connection to a child molestation charge involving a girl under the age of 12.

Forsyth County deputies advised that the case was being referred to the Richmond County Sheriff’s Office for investigation, since the alleged incident occurred while off duty at his residence in Richmond County.

Burke County deputies say they called in Boseman and personally informed him of the allegation and that we would be opening an internal affairs investigation in conjunction with the investigation being conducted the Richmond County Sheriff’s Office.

Sergeant Boseman advised that he would be resigning immediately.

In his resignation letter, Boseman called the allegations false.

Deputies say the Richmond County Sheriff’s Office concluded their investigation and obtained warrants for Gene Boseman for felony child molestation. He turned himself in Monday; was arrested and booked into the Charles B. Webster Detention Center.

Burke County deputies say Boseman worked with the Waynesboro Police Department from 1996 until 2013 at which time he retired. He started with the Burke County Sheriff’s Office in 2013 and was assigned to the Civil Division.