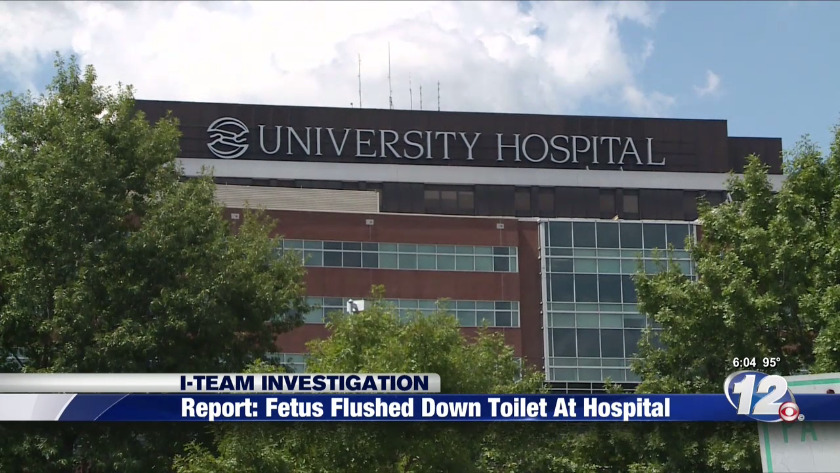 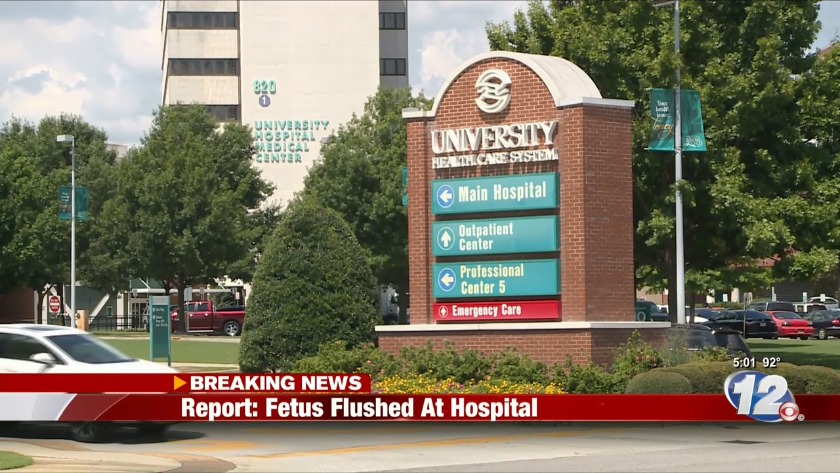 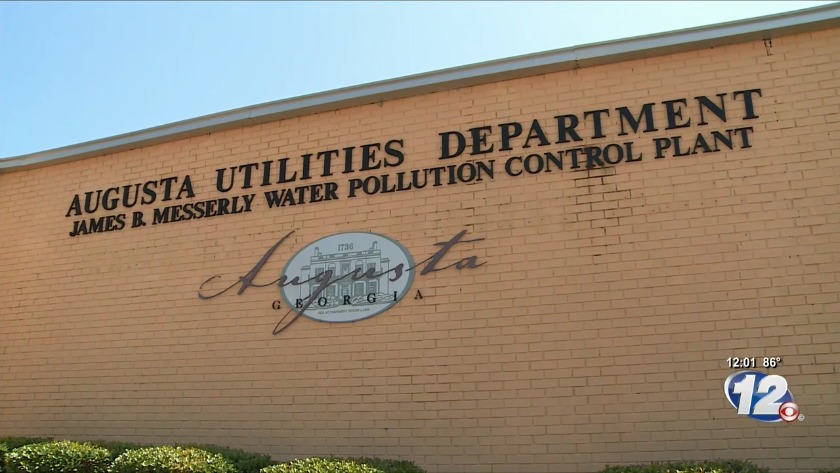 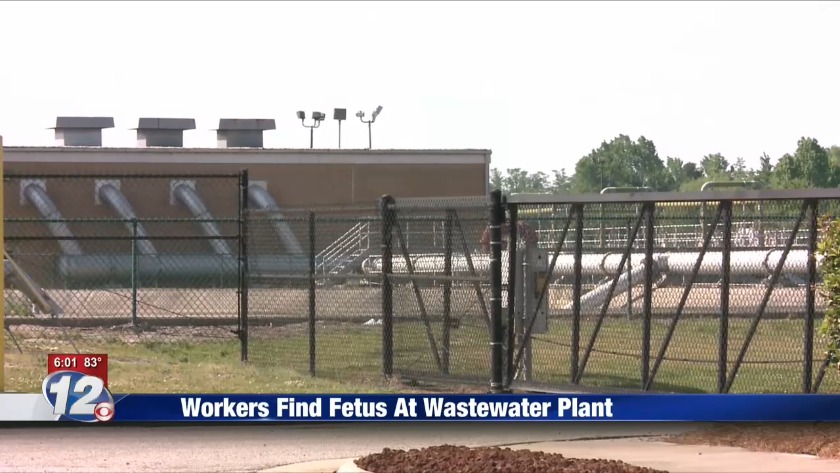 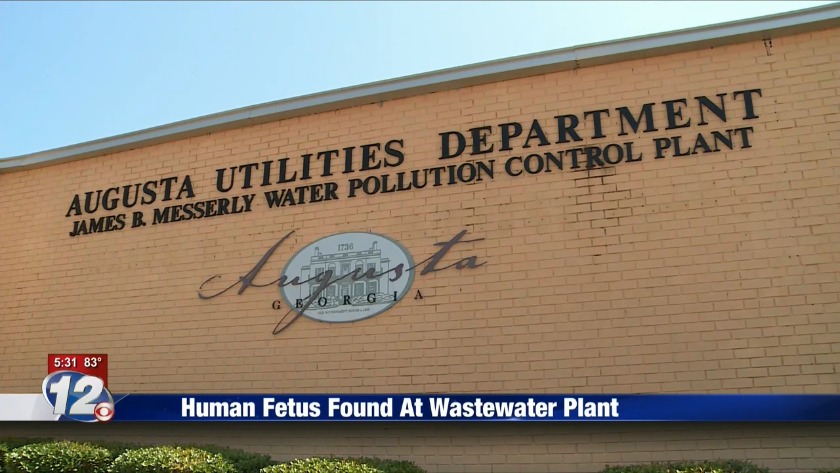 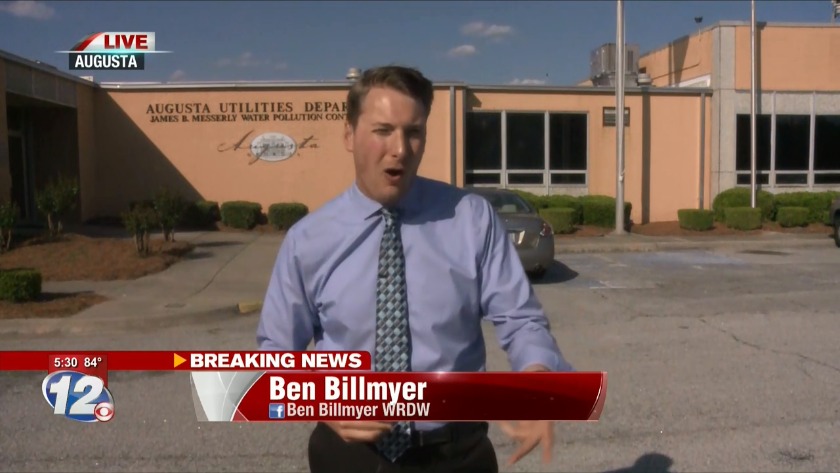 AUGUSTA, Ga. (WRDW/WAGT) – Contractions and abdominal pain are what brought a 16-weeks pregnant woman to University Hospital back in May, according to a report.

After a miscarriage in the toilet, the victim says her baby was flushed by a doctor.

Now, Richmond County Coroner Mark Bowen confirms the fetus found at the Augusta Wastewater Plant in early May is related to that same woman.

“Pretty much had to do some DNA. Fortunately, we were able to take the DNA and find the mother,” Bowen said. “We are positively sure the baby came from the mother.”

News 12 has sent questions to University Hospital officials, and they responded with the following statement:

"We have answered all the questions from the Richmond County Sheriff's Office as they work through the investigation of the discovery at the treatment plant. This is an open investigation and it's not appropriate for us to discuss it further at this time."

Bowen tells us it’s been a difficult case.

“This is tragic for everybody involved. First responders, us, the doctors, the lab and especially for the family. It's tragic for the mother. It's one of the harder cases we have had to work.”

The investigation isn't over at the Criminal Investigation Division of the sheriff's office.

University Hospital's protocol for miscarriages is to get the fetus, if possible, and take it to a lab. That’s where it is held for testing if that is what the patient decides. So in this case, that protocol was not followed.

The Richmond County Sheriff's Office has been investigating whether a doctor flushed the fetus down the toilet. News 12 has gotten our hands on a case report.

It says a woman went to the sheriff's office the day after the fetus was found at the plant. She told investigators she went to University Hospital for stomach pains when she was 16 weeks pregnant and had a miscarriage in the restroom. She called for a doctor and a nurse.

The woman told investigators the doctor went into the bathroom, then she heard the toilet flush. She says the doctor told her she had a miscarriage and "everything went down the drain."

The report says the woman gave investigators medical paperwork supporting she was pregnant and at University Hospital.

The Criminal Investigation Division has the case now, but that doesn't necessarily mean a crime has happened.

AUGUSTA, Ga. (WRDW/WAGT) -- Wastewater treatment workers are the only people allowed past these gates but somehow a fetus investigators guess is around 20-weeks was found on a conveyer belt filled with trash.

"It definitely impacted people. It impacts me,” said Allen Saxon.

"It was actually kind of fortunate that we were there, doing what we were doing and were able to find it."

Fortunate because the screening system removing anything bigger than a quarter is automated and usually concealed.

"When they opened the piece of equipment up they found the remains of a baby in the equipment."

Director Saxon the fetus was either flushed down a toilet or was put in one of the manholes lining more than 900 miles of Augusta’s sewer system.

"Someone could’ve pulled the top of a manhole and threw it in.”
Coroner Mark Bowen says an autopsy is scheduled for Friday at the GBI Lab.

"It's tough but we would like to find out who the mother is A to make sure she's ok we don't know how she's doing and go from there,” said Bowen.

Investigators hope to pull DNA because it could be nearly impossible to track the fetus back to a home.

"We've got a big wastewater collection system here. I don't know how you would find out how that happened but hopefully, they can."

AUGUSTA, Ga. (WRDW/WAGT) -- The Augusta Waste Water Treatment Plant stated in a news release that the Richmond County Sheriff's Office was called to the plant on Doug Barnard Parkway around 2 p.m.

After workers unstopped the main grinder, Richmond County Investigators learned that a worker found what appeared to be a twenty-week-old human fetus in the wastewater.

The investigation is still in its early stages. The fetus will be sent to the GBI Lab for an autopsy.

We will continue to update this developing story as more information becomes available.

AUGUSTA, Ga. (WRDW/WAGT) -- Richmond County Coroner Mark Bowen says the fetus was found by workers at the plant around 2:00 p.m.

They were doing maintenance work on one of the pipes when they found it.

The investigation is in the early stages.

Continued from Bowen: "The fetus will be sent to the GBI Lab for autopsy. The age of the fetus is unknown…the race and gender is also unknown at this time. No other information available at this time."

The fetus was found at the plant on Doug Barnard Parkway Monday afternoon.

The investigation is in the early stages and details are limited at this time.

We have a crew headed to the scene. Check back for updates on this developing story.