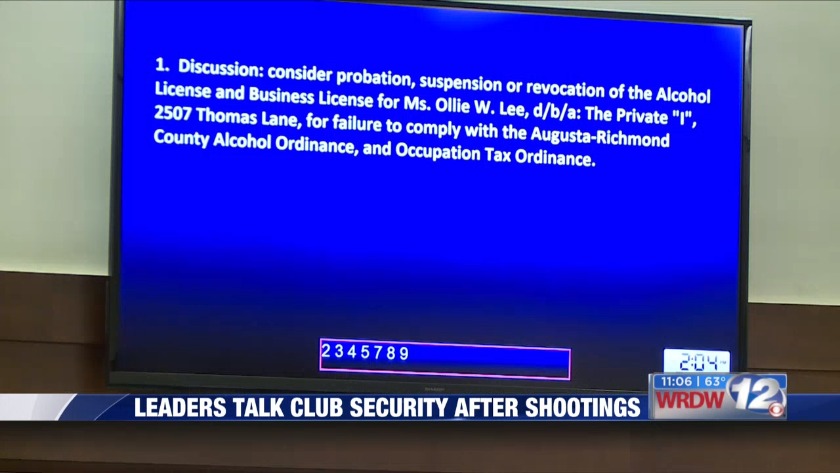 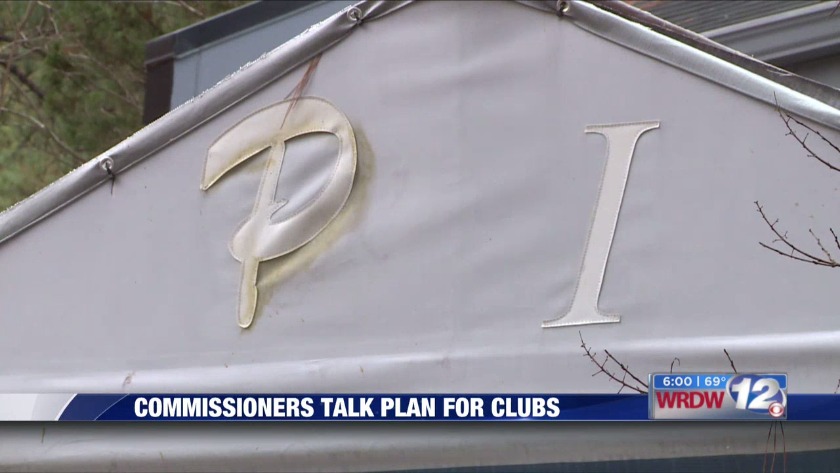 The Private I Club will stay open after the shooting deaths of Jabrie Dominguez, 23, and Charles Lawson, III, 28. (Source: WRDW)

AUGUSTA, GA (WRDW/WAGT) -- Augusta-Richmond County Commission says it's letting a club that was the site of a recent double murder keep a pair of crucial licenses

The Private I Club on Thomas Lane will hold on to its business license as well as its alcohol license, a committee voted today.

However, it comes with a caveat. Commissioners ruled that the club must come up with a safety plan alongside the Richmond County Sheriff's Office. Today’s committee was met a lot of questions, some answers, and plenty debate.

Planning and Development told the Public Services Committee the Richmond County Sheriff’s Office received many calls in connection to crime at Private I. Adding, Richmond County investigators recommended it be closed.

“It’s escalating more and more,” said Investigator Ortiz to the committee. Ortiz explained he has a working relationship with the owner but claimed there has still be been ongoing problems with guns and drugs.

Commissioners asked both representatives from the Private I and RCSO what’s led up to this point. However, most leaders grew weary of suspending or revoking the club’s licenses. The mayor echoed their sentiment right before the vote came down.

“I would urge this body to proceed with caution as it relates this matter.”

A matter bound to have many sides to it. The sheriff’s office arguing if the club could keep its licenses and remain open, deputies fear crime would get worse. Contrarily, Private I told commissioners they’re offended their business is being blamed for the rise in crime. Adding, when crime has happened there, it was mostly in the parking lot, not inside the building.

RCSO counts 54 crime reports at the club's property on Thomas lane since 2015. Investigator Ortiz told leaders in 2014, there were zero reports but by 2019 there had been 25 reports within the year. However, not all were violent crimes like the double murder in December 2019 or the shooting with three victims back in 2018.

While Private I maintained they should not be punished for what’s going on outside the club, RCSO countered they believe guns and drugs are still making it inside the club somehow.

“They don’t know who’s a felon and who is not a felon.” The company’s lawyer continued, “But, they’re not actively allowing people in with guns, drugs, or anything.”

“That is incorrect,” the sheriff’s office interjected. “They have a guy out front with a metal detector wand and they’re still getting in with guns. So yes, they are actively letting people get in.”

It was a series of questions and concerns about who should held accountable but ultimately, the committee debate led to what should be done to help the business instead potentially ending the business.

Commissioners, RCSO, and club officials concluded anytime there appeared to be an issue with drinking or operation hours or disturbances, the club has attempted to correct. Private I’s lawyer noting that added private security and have multiple special duty deputies working shifts there. Although, RCSO special duty deputies were not present the night of the December double murder.

The committee decided to require Private I to work with the sheriff’s office for a new long-term plan of action to prevent crime.

They’re expected to meet within the upcoming weeks for new protocols.

The club was where two patrons, Jabrie Dominguez, 23, and Charles Lawson, III, 28, were shot in early December 2019.

Since then, Antoine Redfield, 19 was charged with two counts of murder, aggravated assault, and related gun charges in connection with the case.