UPDATE | Suspect wanted for leading deputies on chase in custody 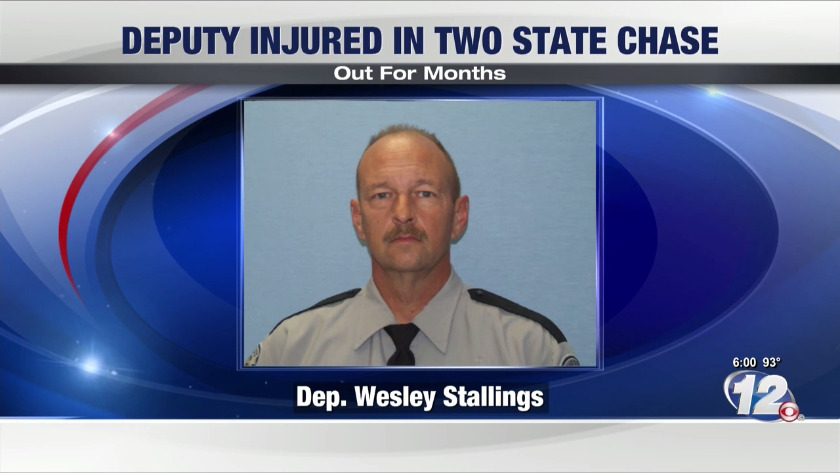 Deputy Injured In Crash Out For "Months" 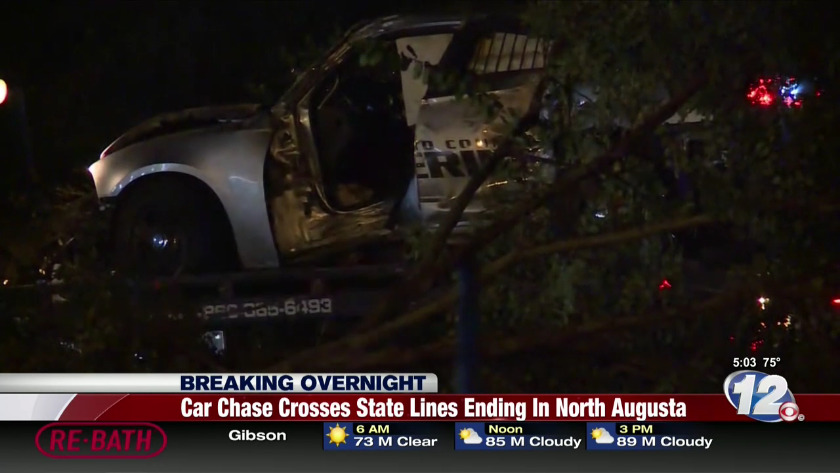 AUGUSTA, Ga. (WRDW/WAGT) -- Richmond County deputies say a man wanted for leading deputies on a vehicle chase is in custody.

NORTH AUGUSTA, S.C. (WRDW/WAGT) -- A man is wanted by police after a chase led to a car crash involving a Richmond County deputy.

26-year-old David Smith was driving a white 2013 Dodge Avenger when deputies caught him going 90 miles per hour on Gordon Highway and began chasing him for a traffic stop.

Smith continues driving into North Augusta, then the chase ended on the 1000 Block of Paddock Lane. Deputy Stallings was injured in a crash during this chase.

Smith is now wanted for Felony Fleering and Eluding.

Major Steve Strickland, with the Richmond County Sheriff’s Office, tells News 12 the deputy lost control of his car during a chase with a suspect.

"It's still under investigation but he did not have contact with the car that he was pursuing, he was actually going to the pursuit so it was just a loss of control," explained Major Strickland.

We’re told Stallings has been a deputy for 20 years. Right now he's assigned to road patrol.

"He's one of the guys you would associate with answering calls for service, whether it be could be working traffic accidents, helping people, working shopliftings or domestic disputes."

Strickland has also been a deputy for many years. Strickland says, unfortunately, Stallings’ accident is not the first he's seen.

"The first thing I always think about is the welfare of that deputy involved. You know there's a lot of things that you think about after the fact, trying to sort things out, but you know initially my concern is whether the deputy is ok."

Luckily though, Stallings is expected to be okay. He’s suffered some broken bones and will need surgery, but he’ll recover in a few months.

"He's injured, he does have some recovery time. You know that he's going to have to put in, but ultimately he'll come out the other end and be ok."

When it comes to answering calls, Strickland says deputies rarely put their own safety before that of someone in need.

Major Strickland did visit Stallings in the hospital after the crash. He says he was going into surgery, but he says he remembers the whole accident.

Our thoughts are with Deputy Stallings as he recovers.

NORTH AUGUSTA, S.C. (WRDW/WAGT) -- We are learning more about the deputy who was injured during a car chase Tuesday morning.

According to the Richmond County Sheriff's Office, Deputy Wesley Stallings was on Aiken Augusta Highway following a vehicle that had fled from deputies.

When the deputy's car neared Greg's Gas Plus, water on the roadway caused Stalling to hit the curb at the curve of the road, enter the median and hit a nearby tree. The car then traveled across two lanes of traffic, over a hill and into an embankment.

Deputy Stallings was taken to Augusta University Medical Center. He has multiple broken bones in the lower half of his body and will have surgery.

We are awaiting more information from law enforcement.

Aiken County deputies say the vehicle collided with the suspect vehicle. The suspect then left the scene on foot.

According to the Aiken County Sheriff's Office, traffic units were called in to look for the suspect.

Our crew on scene says a portion of Jefferson Davis Highway is still closed.

The South Carolina Highway Patrol's website said this was originally called in as an accident with injuries.

We have reached out to the Richmond County Sheriff's Office for more information.

NORTH AUGUSTA, S.C. (WRDW/WAGT) -- The North Augusta Department of Public Safety is on the scene after a Richmond County vehicle was involved in accident around 1:45 AM.

Our crew tells us Jefferson Davis Highway is shut down. The accident is a result of a police chase. The suspect fled on foot at a different location.