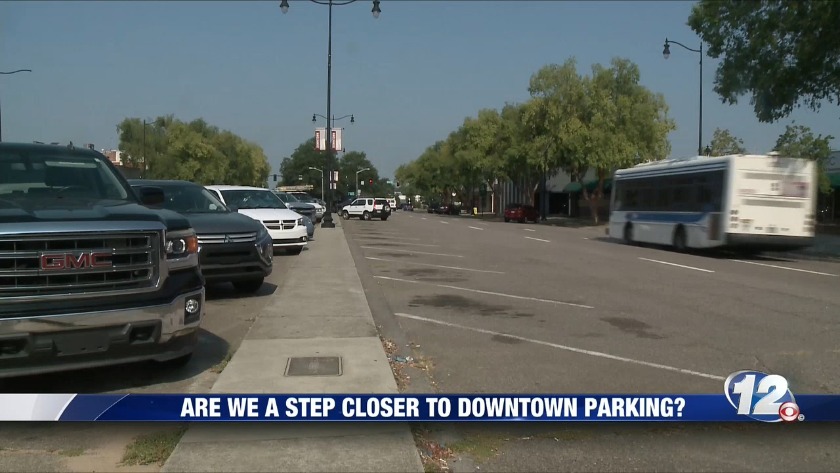 Are we a step closer to downtown paid parking? 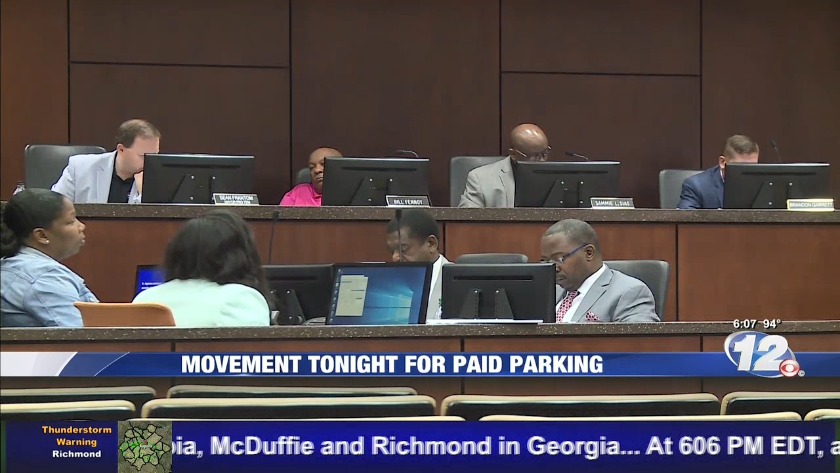 You could be paying for parking in downtown Augusta soon if Augusta-Richmond County Commission decides on a company. (Source: WRDW)

AUGUSTA, Ga. (WRDW/WAGT)-- The process to get paid parking in downtown Augusta will take longer, and commissioners have a lot questions.
The special task force in charge of it all suggests they'll have to wait for the answers.

In early summer, Augusta Mayor Hardie Davis Jr. took to social media to comment on downtown paid parking, saying the changes
would happen July 1st. But that date has come and gone without changes to downtown parking management.

When Commissioner Ben Hasan questioned the deadline in the committee meeting, asking was it "misinformation" given to the media,
Augusta Traffic Engineering countered, the July 1st date was an ambitious goal set by the mayor.

Since then, the parking task force has been working to get the ball rolling and keep it rolling. Among those on the task force is
John Ussery, Director of Traffic Engineering.

"So there really was no new news to give because we were in the process of scoring the applicants, watching their presentations,
choosing who would be best fit for Augusta." Ussery explained, "So there wasn't a whole lot new to say."

But, there was a lot to say in today's committee meeting. Leaders wanted to know what's been going on behind the scenes when it comes to downtown parking managements. Some claimed, they felt a bit out of the loop.

Ussery says the process to find the right candidate to work with takes about 3 to 4 months--the Request for Qualifications (RFQ) process.
A handful of companies submitted applications then the task force narrowed it down to two company options. Ultimately concluding the company SP+ Municipal Services was the most qualified.

The task force says they've done their best to offer leaders regular updates. Adding, most commissioners were invited to meetings along the way. But, with many details unconfirmed, there was often little to pass along.

"We're taking it slow but we rather take it slow and do it right, than rush through it," Ussery told News 12.

Today, a committee voted to only move forward with futhering the discussions with SP+ Municipal Services. The company would act as a consultant in this stage. They'll work on plans for pricing, days of the week you'll have to pay and the big part of the plan-- enforcement.

According to the engineering department, the Richmond County Sheriff's Office wants no part in any of the enforcement or citations. Additionally, the parking task force is still trying to talk the court system into helping out with enforcement.

A formal plan could take weeks or months but city officials say they won't set anything in stone until the commission and the public gets a say.

Commissioners decided to continue the process, meaning paid downtown parking seems to still be on track, but it won't go into effect for at least a few more months.

The committee chose SP Plus Services to make plan for how Augusta's downtown paid parking plan would work.

Many questions from commissioners, though, said they were out of the loop during this process.

Traffic engineering confirmed that this company would partner with the city's task force to hammer out recommendations on pricing, days, and hours.

The commission also wanted to know why this company was chosen. The traffic department said their track record with Atlanta and other neighboring cities speaks for itself.

"They've managed parking, they've drawn on that experience, which was really the case with the scoring," Augusta Traffic Engineering's John Ussery said. "Asked cities nearby, how it was working, asking those cities said if they were happy with their parking management system. All said said they were very happy with it."

But what about when this will go forward? The original goal was July 1, but today we're told we are still many, many months away.

The Richmond County Sheriff's Office has also told officials they do not want to be part of enforcement or citations.

North Augusta's growth becomes much more than a 'dream' for city officials, residents

North Augusta's growth becomes much more than a 'dream' for city officials, residents