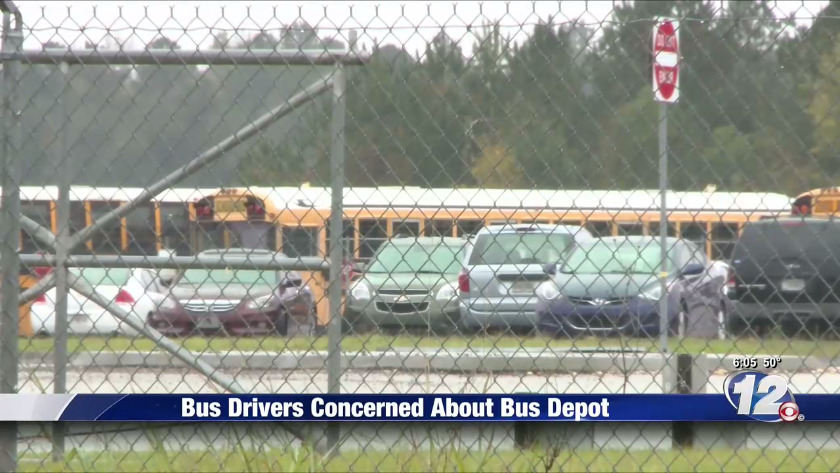 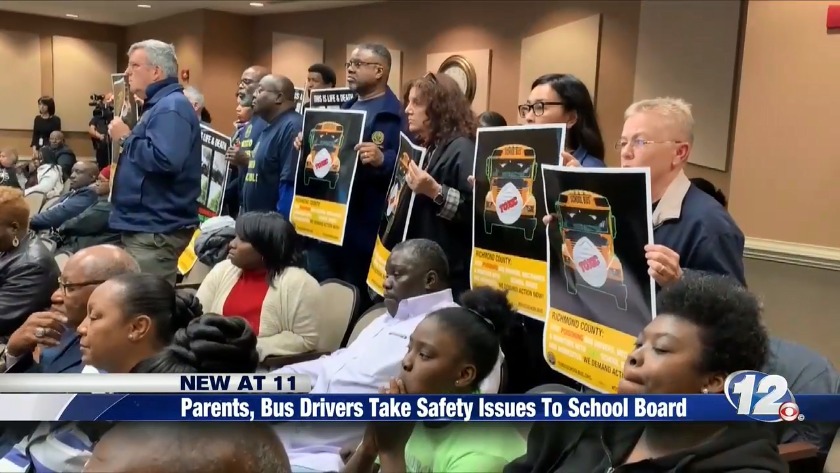 Parents and drivers bring their concerns to the RCBOE 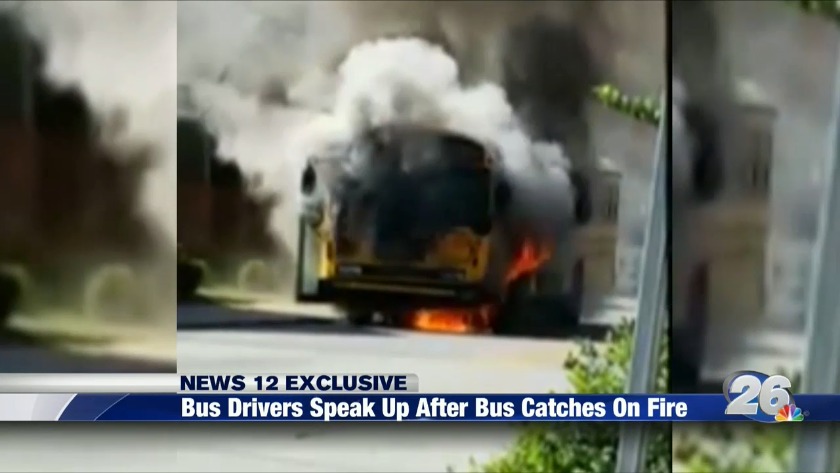 AUGUSTA, Ga. (WRDW/WAGT) -- The union says they interviewed 52 current workers at the depot, most of them are bus drivers. The reports tstates 94 % of them report smelling odors. 47% reported having symptoms they believe are related to the bus depot and 22% of workers reported hearing children on the bus mention smells, symptoms or concerns.

Yolanda T. Brown a bus driver and union member says, "You have those fumes coming in so, they're getting sick just like I am, just not on the same scale.”

Yolanda Brown is a bus driver for Richmond County and union member, she’s voicing her concerns.

"We're taking a stand now and we're letting them know, we aren't attacking anybody we are just trying to sit down, talk about the issues and just get some resolution for the safety of everybody.”

The school system and board members say this depot went through an extensive process to get that safety stamp of approval from the Environmental Protection Agency.

"The EPA has come out to inspect it multiple times, that's our maintenance of facilities department and nothing has been found."

Of the 47% who reported symptoms the biggest complaint, headaches and coughing or shortness of breath when picking up their bus from the depot.

"The concerns about the depot were definitely brought up and we addressed it immediately to make sure that everyone was healthy and safe because those things really matter to us."

The Mike Padgett Depot is not the only option for drivers. Doctor Pringle says drivers can also use hubs in Hephzibah, Glenn Hills and Morgan Road.

"If drivers feel they want to park in other areas in those other hubs, we will accommodate those requests,” Dr. Pringle says.

News 12 received a health survey on Monday and the board got it last night. It is not known how legitimate the study is but a spokesperson for the school says they have no evidence the people from the study are their employees.

AUGUSTA, Ga. (WRDW/WAGT) – Annette Turabi is a parent of three kids currently in the Richmond County School System. Two of her kids ride the bus and complain about there being no air conditioning and other issues.

"These are problems that need to be addressed and as parents, we are concerned not only about our kids but those bus drivers," Turabi said.

Parents want to know their kids are safe on the ride to and from school and the Bus Drivers Union wants the same for its members, so tonight they spoke up in front of the Richmond County School Board.

"When you tell us not to leave cats and dogs in a hot car, can you imagine 60 kids on the bus and in that hot condition?" Tubani said. "My son was coming home with headaches."

Parents are concerned about the buses their kids ride in every day. A school bus fire caught on camera is still a shocking sight.

This Richmond County Board of Education meeting was filled with concerned parents and members of the Transport Workers Union holding signs, after 2 school buses caught fire within a week, last month.

"What I will say is that was odd. That was very odd," Dr. Pringle said.

Dr. Pringle, the superintendent, went into a detailed presentation on bus driver salary, safety and the department's plan to improve.

"There is an internal mandatory 20-day inspection from our mechanics," Pringle said. "So every 20 days every bus has to have an inspection. Those reports are checked by the Department of Driver Services."

Dr. Pringle spoke on the district's side of things for 20 minutes, while the board gave the Union and parents' concerns three minutes at the microphone.

"We want to talk to you, communicate with you, have you come and look at the property, and understand what's really going on down there with our buses," Yolanda Brown told the board.

"It would be great if they let the parents and people who work here speak for more than three minutes and more than one person because I didn't expect to come to a meeting like this where one person speaks and they shut it all down," Ameen said. "To me, it was unfair. I wasted gas and time just coming here.

Parents say they left the meeting with even more questions. News 12 is working to get answers. We asked for records of any complaints this year from bus drivers, but the bottom line is bus drivers and parents want to see changes.

AUGUSTA, Ga. (WRDW/WAGT) -- It’s not something you see often, but back in October, two Richmond County school buses caught fire in the same week.

News 12 was given a video of the bus burning on the corner of Wrightsboro and James Brown Blvd.

On Oct. 18th school leaders say a quick-thinking school bus driver got the three kids off the bus well before the fire started.

"She started seeing smoke and knew something was wrong and took action immediately to keep all those students safe,” said Kaden Jacobs, Richmond County Schools.

The district says they only contacted the parents of the students on the bus at the time.

Concerned bus drivers with the Transport Union in Augusta are voicing their concerns with the bus fires and other safety issues at Tuesday nights school board meeting.

"Looking at that video someone took, you know, that is scary. That just gets you right in the heart. It's enough,” said Richmond County School Bus Driver Yolanda Brown.

Yolanda Brown still drives for the school system and is Transport Union Member. She says Richmond County buses have maintenance issues that make them unsafe for kids and drivers.

"That kind of thing is heart-wrenching because it's our lives and we have a lot of drivers now afraid to even drive the buses because they don't know what's going to happen next."

The school system says this is the first time they’re hearing these concerns from this driver and say despite the fires they have a tremendous safety record.

"I would like to note that in their spot inspections, for the three years I have been here there has never been a violation that has grounded a bus or kept it from going,” Kaden says.

These aren’t the only concerns. Brown says the union is also worried about the transportation lot making drivers sick.

"The EPA has come out to inspect it multiple times and nothing has been found,” says System Spokesman Kaden Jacobs.

While drivers speak up, the investigation into how this happened still goes on.

The school system says fire investigators are still investigating how both fires started.

AUGUSTA, Ga. (WRDW/WAGT) – Richmond County bus drivers are speaking up after they say they've been having multiple problems with multiple buses.

In an exclusive interview, one driver tells us she worries about safety. "You can see the bus jumping and the lights flickered right on out," Yolanda Brown said.

Flames burned through a Richmond County School bus on Wrightsboro Road. "A bus can burn within three minutes, and in six minutes, it would be totally gone," Brown said.

It happened after school during drop off a month ago. Yolanda Brown, another bus driver, and an officer of Transport Workers Union of America, remembers hearing the call over her radio.

"It takes everything to fight back tears when you are listening to something like that," Brown said. "Because you hear the fear in that driver's voice."

It was a fire that almost cost the life of not only the bus driver but students on board.

"If she had not have gotten those kids off, nobody would have survived that fire," Brown said.

Brown says that bus was just in the shop before it was taken for a drive and caught fire.

"The statement is that a starter was just put on that bus and that the ground wires were not properly put back together," Brown said.

Brown told News 12 this isn't the first time this has happened.

"Matter of fact, that was the second bus fire within a week," Brown said. "That kind of thing is heart-wrenching because it's our lives and we have a lot of drivers now afraid to even drive the buses because they don't know what's going to happen next."

Brown says she and other bus drivers fear for their kids on board. She says buses are not getting the maintenance they need.

For a long time, drivers wouldn't voice their concerns. The Transport Workers Union is bringing its findings to the school board Tuesday night and asking parents to join them. "We want as many parents who have children in the school system, those that pay taxes to support our school system to come on out."

That meeting is Tuesday night at 6:00 p.m. The Union says they will be demonstrating and testifying on all these issues.